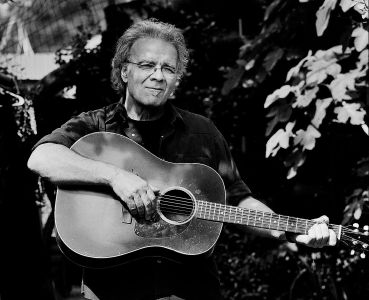 Every now and then, you run across someone with a library’s worth of stories to tell. But unlike the raconteurs who regale friends with well-embellished versions of their exploits, these storytellers have lived so much, they reveal chapters of their hard-won wisdom slowly, carefully, like layers peeled from an onion.

Ray Bonneville didn’t even open his storybook until his early 40s, some 20 years after he started performing. But with a style that sometimes draws comparisons to JJ Cale and Daniel Lanois, this blues-influenced, New Orleans-inspired “song and groove man,” as he’s been so aptly described, luckily found his rightful calling.

On his fourth Red House Records album, Easy Gone, Bonneville delivers 10 reasons why patience pays off. In each, his guitarwork shimmers like stars emerging at dusk. His voice carries the rich, natural timbre of time, though underneath that pearl-like smoothness, one hears its gritty core. His harmonica rhythms add even more texture to his sound.

“I have roughly 12 lines to make a story, so every one has to trigger the listener’s imagination,” he explains. “I want my songs to be believed, so I work on them until I believe them myself.”

With just a few simple words, Bonneville clearly expresses his thoughts, while allowing space for multiple interpretations. Which, of course, is the essence of great songwriting, the kind that earned him an International Blues Challenge solo/duet win in 2012. He doesn’t pretend to understand how he finds that essence, however.

“The whole songwriting thing, to me, is mysterious, and I want to keep it that way,” Bonneville says.

Ultimately, what matters is knowing how to translate the mystery into music, and that, he understands perfectly.