The Edge on Folk Playlists 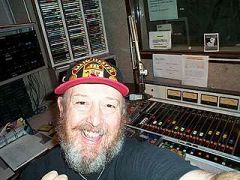 Podcasts from selected radio shows are available online at CiTR's website!
The Edge On Folk is a Sing Out! Magazine Radio Partner

Saturday December 10, 2016 - This week's show was shortened edition, preempted at 10am for special programming. It was also SOCAN reporting week, so I played an all-Canadian selection, including many of the nominees and winners from last weekend's Canadian Folk Music Awards.