On this date in 1989 we presented a double-bill of BC's No Frills Stringband (not the band currently operating under that name. This one featured Sue Malcolm, Rosemary Campbell, Carol Wright and Kitty King) and Jenny Allen w/ Jon Sirkis (from Colorado - who now appears to be a lawyer) at the Wise Hall. Details here

In 1990 we presented "a pretty good ceilidh" with Scottish fiddle magician Alasdair Fraser at the Wise Hall, accompanied by renowned Cape Breton pianist Barbara MacDonald Magone. Scroll down to page 3 for details of this show, which was a late addition to our concert calendar that year.

In 1995 we brought back that fiercely wondrous Irish band Four Men & A Dog for a sold out show at the Wise Hall. They were touring in support of their 3rd CD, Dr. A's Secret Remedies, which they recorded at The Band / Levon Helm's studio in Woodstock NY (It's still one of my favourite albums.) See our May 1995 issue for a great write-up by Tony Montague on the front cover!

Fast forward to 2001 for the Rogue and Vancouver debut of Victoria's Bill Hilly Band (now known, of course, as The Bills). The concert write-up on the cover was written by The Rogue's publicist at the time, Susi Lanagan, who lived here for 5 years before returning to Melbourne, where she hosts What The Folk on PBS FM every week (Thursday 9-11am in Melbourne, which means you can listen to the live stream every Wednesday afternoon in Vancouver.) I am very pleased to report that I trained Susi to be a DJ at CiTR. Her PBS show has WAY MORE listeners than mine! Good on ya, Susi! 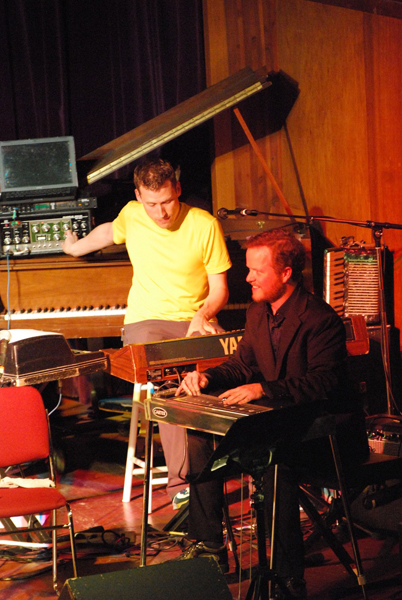 It was not until 2011 that we had another show on this day -
a CD launch for Nightshade, the latest in a string of fine
albums by the brilliant Vancouver guitarist Steve Dawson.
The show took place at St. James Hall, and he had a full
band including Chris Gestrin (above) on keys, Geoff Hicks
on drums, Seattle's shoeless bassist Keith Lowe  and guest
singers including Jim Byrnes & The Sojourners. 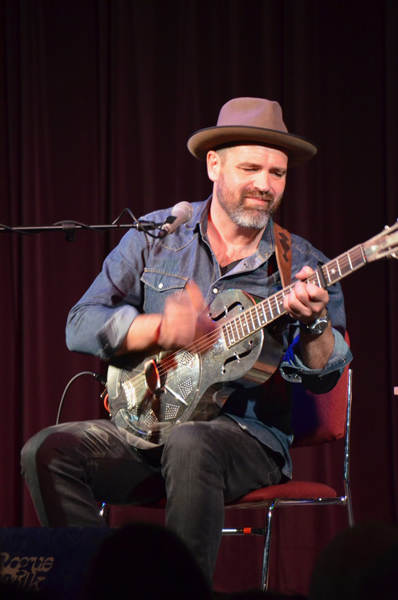 On this day in 2018 we teamed up with Capilano University's
Global Roots Series to present the stunning UK guitarist
& singer Martin Harley at St. James.