A unique evening of Celtic music with the naked fiddle of a true master (Bothy Band, Patrick Street etc.) If you're a fan of traditional music and stunning musicianship, you won't want to miss this! Check out the excellent interview in this week's Georgia Straight and visit www.kevinburke.com to read Kevin's fascinating biography. See you on Sunday! 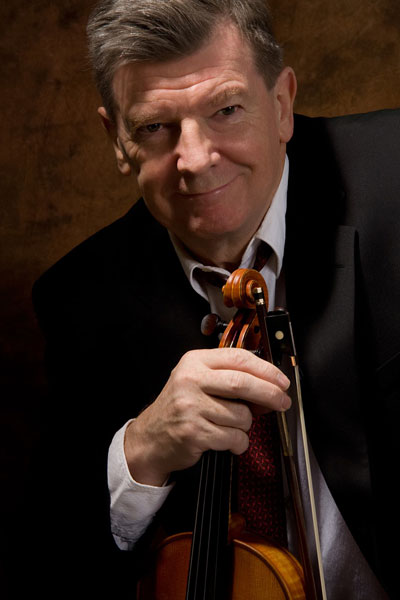 Kevin Burke has written a song. It may not sound like a big deal, but—though he’s a natural storyteller—the legendary Irish fiddler has never penned one before in a long career winding back to his teens in London in the ’60s. That was an exciting time and place for the development of Irish music, and recently a songwriting friend offered to help Burke turn his memories of those years into a ditty.

“We came up with ‘London Town’—about the thousands of people like my parents who left Ireland after the war and settled in London and felt a bit adrift as any immigrant would,” says Burke, reached at his home in Portland, Oregon. “Traditional music was the unifying thing for them and lifted up their spirits when times were hard.”

Burke absorbed the songs and airs he heard on the family record player and in the Irish community, while at the same time studying classical violin. And there was much other music around to inspire him. “My parents were from Sligo [on the north-west coast of Ireland] and there was a steady diet of music from there. But by the time I was 15 or 16, I’d go out with my schoolmates to hear bands like Manfred Mann, the Kinks, the Rolling Stones, maybe on a Friday night—then Saturday and Sunday it was Irish music in the Irish pubs. I didn’t see it as incongruous at all.”

Soon after leaving school, Burke, already a champion fiddler, joined feisty singer Christy Moore’s band and then the hugely influential Bothy Band, a tradition-based outfit with rock-’n’-roll attitude and drive. After the Bothies split up, Burke moved to Portland, where he’s forged a solo career, as well as cofounding the groups Open House, Patrick Street, and Celtic Fiddle Festival. His presence in Oregon has boosted Celtic music on the West Coast in a major way.

On this Vancouver visit Burke will perform solo, the way Irish music was played until the mid-’60s. “A lot of people don’t realize or maybe have forgotten that it was unaccompanied, and if there was more than one musician they’d probably be playing in unison. The odd time there might be piano accompaniment, but it was very rare to see a guitar—and in most cases it wasn’t welcome. The older people I knew weren’t comfortable with it.


“I thought it would be fun to remind people what Irish music was like in its natural state, so I started doing solo concerts, and despite some initial resistance I get many bookings along the lines ‘Would you mind not bringing an accompanist?’ I find it kind of liberating—and challenging because if anything goes wrong you know who to blame. I like to talk about where the tunes came from, the characters I met when learning them, and why I think they’re deserving of an airing. I also play pieces from related traditions in North America, Scandinavia, and other Celtic lands. And I may do ‘London Town’ in Vancouver, but people can relax—I definitely won’t attempt any Stones or Kinks songs,” Burke stresses, with a chuckle. 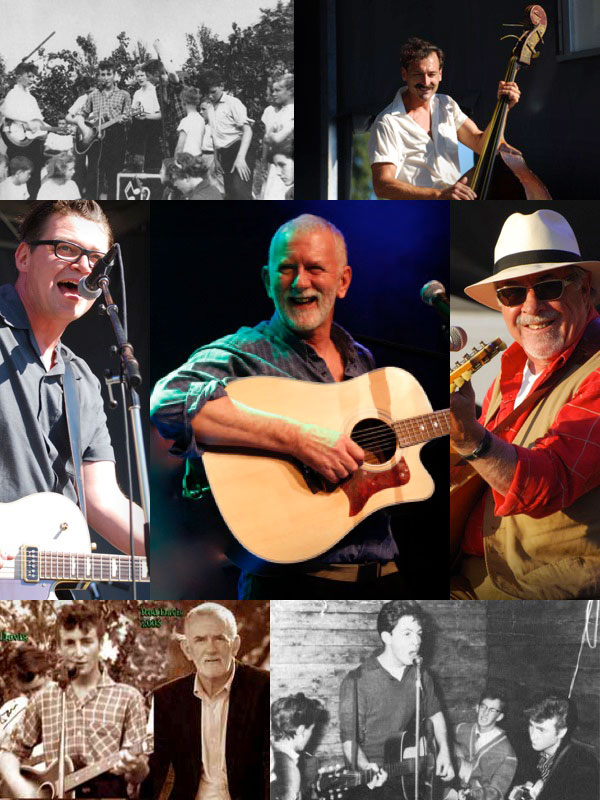 How often do you get to meet someone who went to school with John Lennon, and was there for the birth of the biggest band of all time? Combined with sets by one of the best Rockabilly bands in the world, and a Juno award winning Blues artist all on one stage? Come and celebrate the music of The Beatles and The Quarrymen with some of Vancouver's very best musicians! It will be a party. As Paul sang in the song "Long Tall Sally": We're gonna have some fun tonight! Oh yeah!!

The evening will start with Rod Davis presenting slides, stories, and songs from the early days of the Quarrymen. Rod was born in Liverpool in 1941 and lived for his first twenty years in the village of Woolton, about six miles south of the city centre. Somewhere around 1946 John Lennon went to live there with his Aunt Mimi and she sent him to Sunday school at the local church, St. Peter's. John joined a class of a couple of dozen kids which included Pete Shotton, Nigel Walley, Ivan Vaughan and Geoff Rhind and Rod himself, all of whom would play a part in the story of The Beatles.

Rod was a founder member of The Quarrymen along with John Lennon, Len Garry, Colin Hanton, Pete Shotton, and Eric Griffiths. He was in the band the day John met Paul McCartney, who taught Lennon the proper words to 20 Flight Rock, Come Go With Me, and other songs popular at the time. Paul also taught John how to tune his guitar! A book called The Day John Met Paul was written by Liverpool author Jim O'Donnell in 1994, and the audio book was narrated by Rod Davis. Rod's place in The Quarrymen was eventually taken by McCartney; George replaced Eric; Len and Pete left (Pete was "sacked" when Lennon smashed his washboard over his head; "That f...s that, then!") and Colin was the last to leave. Few people know it was John, Paul, George and Colin for a while there!

The Original Quarrymen played a Rogue gig back in 1999 - sans John, of course - and Rod was last here with Guy Davis - appearing as The Davis Brothers in December 2009!

The second half of the evening will feature The Aggregates, which is a play on words, sort of related to a Quarry, and reflecting the aggregation of musicians in this one-off band. These "Aggregates" are Jim, Paul, Keith & Jessie.

Jim Byrnes, Paul Pigat and his band will celebrate the early days of The Beatles. The Original Quarrymen, with Rod Davis and John Lennon and co. updated their repertoire from skiffle to rock and roll, became - briefly - Johnny & The Moondogs, then The Silver Beetles, and eventually The Beatles. Rod Davis' mother famously told him: "You're not going to Hamburg with that Lennon!" His place in the band was taken by Paul McCartney.

And the rest as they say is history...

3. Coming Soon to The Rogue House 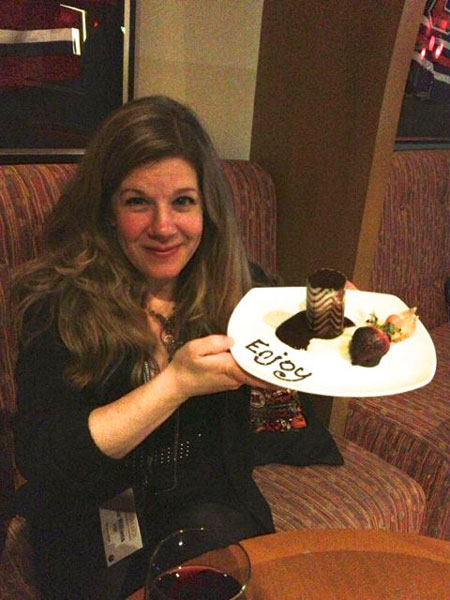 Saturday, October 24th 8pm
Dar Williams USA
St. James Hall, 3214 West 10th Avenue
Tickets $24 ($20 members)
Popular American songwriter returns with new album - Emerald. Every new album from Dar represents her thoughts and feelings about both her own life and larger forces in the world. But her ninth studio record, Emerald, marks a particularly dramatic confluence between her experiences and broader contemporary culture—and what it means to be a songwriter at this moment in history. www.darwilliams.com 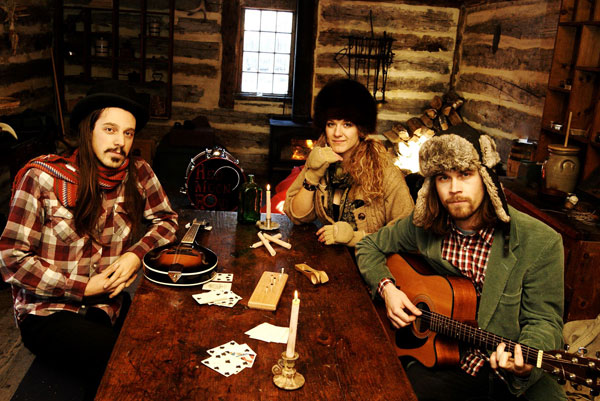 4. Radio Waves
We're heading to Cape Breton next week for the Celtic Colours Festival. So Andrea & Arthur Berman of Pacific Pickin'  are hosting The Edge On Folk next Saturday on CiTR fm 101.9 and www.citr.ca I'll be back on October 17th with some new music from the Celtic fringe and much more.
Meanwhile, you can listen to podcasts of recent shows here

Radio Rogue runs 24/7 and I'll update the playlist over the next few days so tune in and turn on to the best Roots Music in the World! Just point you browser here and your computer will entertain you!
Sep 25, 2015Oct 14, 2015