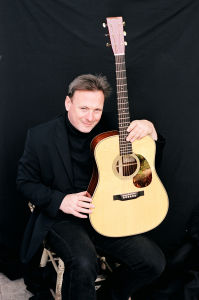 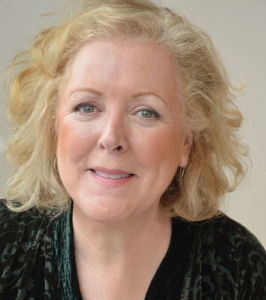 To find a unique voice on so ubiquitous an instrument as the acoustic guitar is quite an achievement: to do so within a centuries old idiom where the instrument has no real history is truly remarkable. In little over ten years as a professional musician Tony McManus has come to be recognised throughout the world as the leading guitarist in Celtic Music. From early childhood his twin obsessions of traditional music and acoustic guitar have worked together to produce a startlingly original approach to this ancient art. In Tony’s hands the complex ornamentation normally associated with fiddles and pipes are accurately transferred to guitar in a way that preserves the integrity and emotional impact of the music.

In a relatively short time Tony’s music has come to define a new role for the guitar in Celtic music. He has come to represent Celtic music in the guitar world, making regular appearances at guitar specific events where just a few years ago jigs and reels would be unheard of. His ability to reach audiences unfamiliar with traditional music is remarkable - he is quite comfortable at predominantly classical events such as the Dundee and Derry Guitar Festivals (appearing six times between the two) and even The Bogotá International Guitar Festival where he followed virtuoso Eduardo Fernandez.

Born and raised in London, Ontario, Laura Smith grew up loving horses, theatre and poetry. As a teenager, she found comfort in the voices of Janis Joplin, Joni Mitchell, Ray Charles and Paul Simon, to name a few. She began to play music at age 19, first teaching herself piano chords, then guitar. Her public debut performance occurred at Smale’s Pace, the coffee house where she worked as a waitress, when she was invited on stage to sing a song with the headlining act. Around that time, she was writing poetry and, through a friend, met Governor General Award-winning poet, Margaret Avison, then writer-in-residence at the University of Western Ontario. “She was very encouraging,” recalls Smith. “Each time I went to visit her, I read a poem and she told me I was a wonderful writer. It was informal, but she affected me.”

In May 2003, Laura received an Honorary Doctorate in Humanities from Mount Saint Vincent University on the strength of her songwriting. This was followed with an opportunity to perform the role of “Marilla” in Anne and Gilbert, the Musical during the summers of 2005 and 2006. When time allowed she also started at Acadia University working towards her Music Therapy degree and just may finish it one day...

Laura Smith, brave and surfacing, is back into the stream of her songwriting and performing life with the release of “Everything Is Moving.”