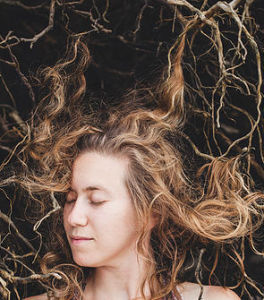 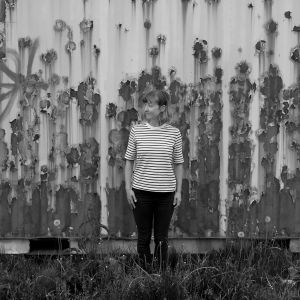 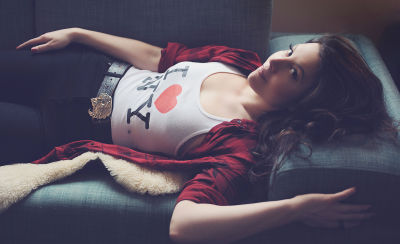 This exciting evening will feature the strong voices and stories that these three independent Canadian artists have to share. All well-travelled musicians, they have grown significantly as artists on their own separate journeys that intertwine and connect at times. They will be playing solo sets, but with some surprise guests.

All three women are connected through the wonderful Canadian music scene. Dana met Melissa (Familiar Wild) during a music residency at the Banff Centre in the Fall of 2013 while BC-based Familiar Wild and T.Nile have been playing music together across Canada for several years. Dana has been running into T.Nile at music festivals around the country over the years.

Dana Sipos
Spending her formative years in the Canadian subarctic city of Yellowknife, Dana Sipos’ songwriting is infused with a sense of surrealism best influenced by the supernatural experiences of Canada’s high country. A true songsmith, Sipos creates nuanced songs that are hauntingly hopeful and captivatingly calm, yet filled with a wild wind. With an unconventional travelling style, Sipos has spent the last few years touring by tall ship and bicycle, canoe and train. As a musician-in-residence at the renowned Banff Centre in the Canadian Rockies, she spent a few months collaborating with an impressive array of international musicians before teaming up with Yukon producer Jordy Walker (Tanya Tagaq) to bring her new album to life. Roll Up the Night Sky was recorded in the home studio of Richard Reed Parry of Arcade Fire over a cold Montreal winter and released on Nashville underground label Muddy Roots Music Recordings.  Dana was nominated for a 2015 Canadian Folk Music Award in the Pushing the Boundaries category, celebrating innovation in creating new folk sounds.

Familiar Wild
The Tame sing like Wolves. What can you say about the music of Familiar Wild? It’s a weave of fibre optic branches forming a cradle of symphonic melody that you want to fold yourself into and float away on. Familiar Wild is a Pacific Northwest band that creates music with stirring atmospheres, rare melodic angles and inviting textures. Their debut album, Dark Dreams, is rich in orchestral arrangements akin to Sufjan Stevens and intimate like Agnes Obel. Their sophomore album, Things We Forgot (to be released in 2016), takes a spatial turn towards the geometric; adding edgy soundscapes, manipulated synth pads and hard hitting percussion to their organic instrumentation and melodic tendencies. Familiar Wild blends their new genre with matching imagery at their shows and online; using geometry and nature as inspiration, they evoke the "other" in all of us through escapism to sound. Their music is intimate and radiant, with a live show that is equally generous in its gifts of feathered shadows and lingering joy.

T. Nile
Since releasing her debut CD, At My Table in 2006, Nile has toured extensively, winning adoration from fans, accolades, awards, and a few blown-out engines. Quite a ways from her humble beginnings in a tiny cabin on Galiano Island; Nile was groomed for a musical life. Her dad was a street musician known professionally as “Dan The Man, The One Man Band.”  From the time she was six until she was 14 or so, every school holiday she traveled with her father around the Vancouver area and Victoria; down to Venice Beach, San Francisco; even Australia. In 2009, T. Nile released The Cabin Song EP.  With this new material, Nile expanded on a contemporary folk sound which was uniquely hers; one infused with undercurrents of prog-rock, dub-reggae and alt-country.  Today, she is known by her fans as a genre-disrupting sorceress of sound. She has pushed the boundaries yet again with Tingle and Spark, demonstrating an uncanny ability to fuse traditional folk instrumentation and modern EDM technology with a unique brand of vibrant sass the likes of which you just don’t hear much anymore.