Jane Mortifee and the R&B Express 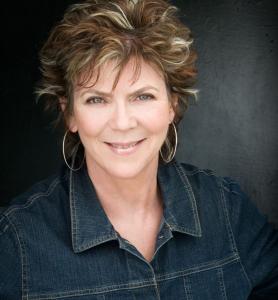 Jane Mortifee has been active in theatre, film, television and the studios doing voice-overs, jingles, and animated series for over thirty years. She has been nominated for an Actra Award and three Jessie Awards for her work in 'John Gray's Rock and Roll' and 'Don Messer's Jubilee' and Ann Mortifee's 'Reflections on Crooked Walking'. She has also performed in numerous other theatrical productions including 'Cabaret', 'Jacques Brel is Alive and Well and Living in Paris', 'Godspell', 'Jubalay', 'Starting Here, Starting Now', 'Side by Side by Sondheim', 'A Closer Walk with Patsy Cline', John Gray's 'Amelia' and 'The Tree, The Tower and The Flood' and Ann Mortifee's 'When The Rains Come', among others. She has appeared in episodic television productions and feature films including the acclaimed 'My American Cousin'. She has also performed in many solo concerts, as well as in various club bands over the years.

Jane has recorded three CDs, Conversations, Give Me Something Real and her newly released R&B CD Get Ready. It's a stunning collection of songs, featuring her powerful vocals and a very hot band, with Bill Sample on keyboards, Robbie Steininger on guitar, Brian Newcombe on bass, Randall Stoll on drums, Linda Kidder and David Steele on backing vocals, and a wonderful horn section - Terry Townson on trumpet and Steve Hilliam on saxophones. The joint will definitely be jumping this night!!

She is also in the process of writing her first novel which is set in South Africa. Jane was inducted into the B.C. Entertainment Hall of Fame on November 11, 2002.