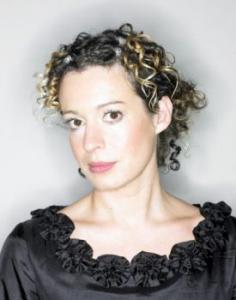 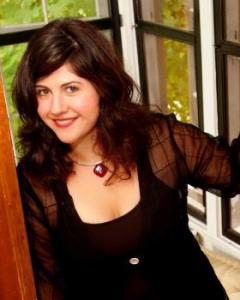 "Listening to Kate Rusby's lovely new album, it occurred to me that she's England's answer to Dolly Parton. Not in terms of the wigs and the sequins, but in her quaveringly sincere ability to tell a simple, downhome story in a song and make your heart ache for it." — Helen Brown, Daily Telegraph

When you look at Kate Rusby, the baby-faced scrap who's still asked to prove she's old enough to buy wine at the Co-op, and then look at the birthdate and musical cv, the logical assumption is that there's been some mistake. Yet here we are, 17 years into a career that has given English folk music its freshest tonic since the Watersons. Blessed with an infallible eye for a great storyline and a strongly developing songwriting talent of her own, she brings to each of her songs the quality of constancy. Some have only just been written, but sound as if they might have been handed down through generation after generation for a couple of centuries or more.

Music became embedded in her soul as she and her siblings, Joe and Emma, were carted around the folk festivals where mum and dad, Steve and Ann, would be playing in their ceilidh band or dad would be looking after sound systems. The three young Rusbys would use their voices to while away long car journeys. "Mum and dad would sing songs and us kids would sing along, making up harmonies before we even knew what the word meant. There's just something lovely about voices singing together, even more so when it's family, and I'm so chuffed that Joe is singing on this record. Siblings have the same vibrato so the sound they make together is almost inseparable."

"My first love is traditional song, and there are so many left that I haven't got through. When all my old ballad books and mum and dad's brains have been emptied of them, then I might do a record of just my own songs. I have no plan, just drift along and decide on the way."

This will Kate's first appearance in vancouver since the Vancouver Folk Music Festival way back in 2001. She has released some wonderful albums since then, and you might have heard her cover of The Kinks' Village Green Preservation Society - the theme song from BBC's Jam & Jerusalem. Every nuance of every song she sings is spellbinding. And she's a very entertaining performer, unashamedly Yorkshire through and through, and equally proud of being a singer of traditional folk songs - a genre she admits is not for everyone: "It's like a rare diamond. I like it that people have to look that bit harder for it."

You need look no further than St James Hall on the vernal equinox. Kate Rusby will be here with her trio. Book early! Tickets are already going fast...

There will be a short opening set from US fiddler / singer Laura Cortese. Having made a name for herself as a teenager for her traditional Scottish fiddle chops, Laura has since grown into a thoroughly modern performer and songwriter who isn't afraid to draw on her diverse musical influences ranging from Otis Redding to Neko Case while being informed by her formal training at Berklee College of Music as well as the traditional Scottish ballads she discovered as a young girl in California. Her recent live shows include a wild cover of Dolly Parton's classic "Baby I'm Burning", played solo with the unique rhythmic fiddle accompaniment her friends have dubbed "drum and chop indie pop".