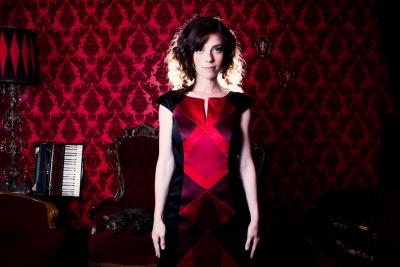 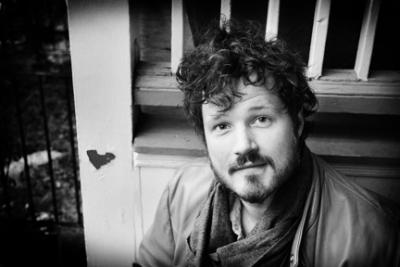 an eclectic melange of blues, jazz, funk, rock, and even a subtle note of country. Consistent throughout are Levasseur's fresh lyrics and mature storytelling. - Time Magazine Canada

On the best of road trips, the adventure is found more in the journey than the destination. Treasa Levasseur creates such a voyage with her incredible debut release Not a Straight Line and the brand-new CD Broad. Crossing genres like borders with her unique and powerful voice as passport, she uses each song to evoke a new emotional landscape and create a sonic adventure full of twists and turn. An accomplished performing musician and session vocalist, Treasa has rocked out with The Robber who Robbed the Town, created freestyle hip-hop vibes with the Rhymestone Crew, and delivered the old-school funk with huge band like Pan Con Queso, House of Velvet, Lab Cap and the Monkey Mob. Limited to nothing and inspired by many things, Treasa's voice will weave its magic spell over you.

It seems to Corin Raymond that he's been riding the rapids of his life for years now. It's hard for him to remember the last time he sat still. This past year has definitely been a white-water ride: touring through "historical" snowstorms in Arkansas, Texes and four other states; crossing the provinces from ON to BC and back at least four times; and covering 30,000 kilometres of that road with Jonathan Byrd, a songwriter from Chapel Hill, NC who Corin heard for the first time in Austin, TX, in 2006 and with whom Corin has shared the cabs of a lot of touring vehicles ever since and written a number of unbreakable songs with, including the title track of Corin's most recent album, There Will Always Be A Small Time.

Corin has been joined every week for the last six years at The Cameron House in Toronto by his band The Sundowners (Treasa Levasseur, David Baxter, Brian Kobayakawa). Last August, Corin and Rob Vaarmayer teamed up to write "Canadian Tire Money", the song which unexpectedly launched the present "Canadian Tire Starter" campaign and which has generated more fun than Corin can even keep up with.

Corin recently performed in Vancouver at Bluebird North. This will be the first Rogue gig. We think you'll find it mighty enjoyable and compelling listening, especially with Treasa Levasseur sharing the stage.