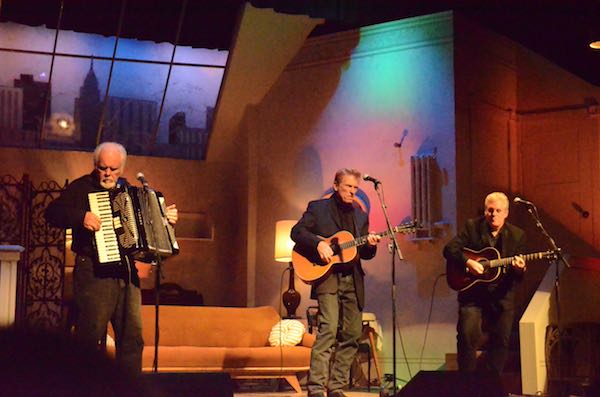 On this day in 2014 we ventured to the wilds of White Rock's Coast Capital Playhouse for
a concert with Ontario's Russell deCarle Trio - on the set of Barefoot In The Park!
This concert was filmed by Hubcast Media - and included my interview with Russell.
You can watch the whole show here. 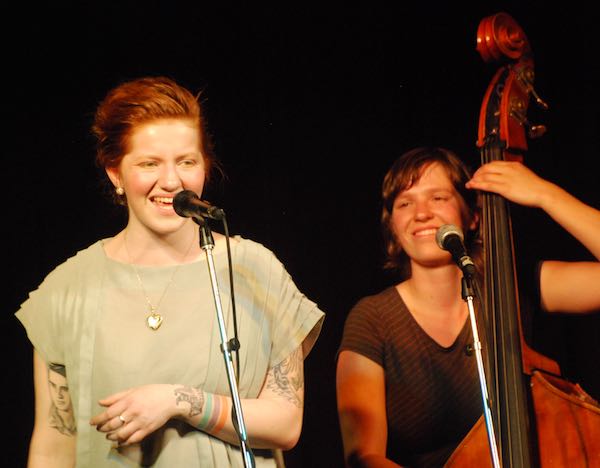 Back in 1995 Fear Of Drinking played a Rogue show at the Wise Hall. Was this a meeting of Dipsophobes Anonymous, you may ask? No. This was a very rogueish Vancouver folk band, which still makes the occasional - I could say odd - appearance around town! Their intention was to record a LIVE album that night. You can read about them in our June 1995 Rogue Folk Review on page 3.