On this day in 2009, Rick Scott presented an 11am matinee at St. James Hall. Since this was during my radio show I wasn't there to take photos. 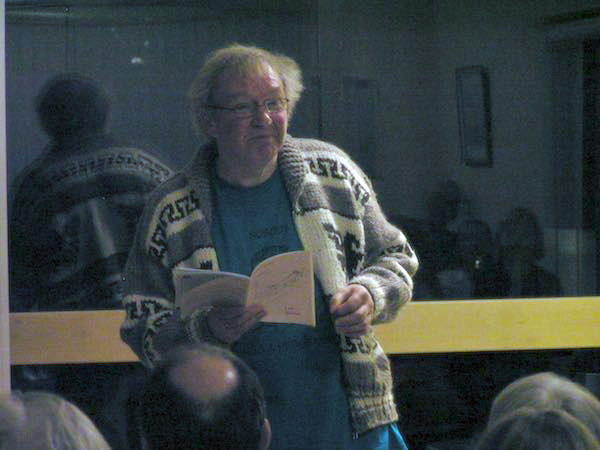 On June 6th 2007 we presented a house concert at our Coop near Granville Island with England's inimitable "professional idiot" Les Barker. A full house of around 40 people enjoyed his very silly, yet very clever poems and monologues (or were they Dogologues?)

In 1998, Pied Pumkin staged Day Two of their long weekend of original folk music mayhem at the Wise Hall. They had just released their first CD - Plucking DeVine. Of course there had been several LPs before then, and one notorious cassette - The Lost Squash Tapes, which had been rescued from oblivion by the late sound engineer Si Garber around 1988. We are so pleased to have maintained a wonderful friendship with this band for well over two decades now (better late than never, I guess! I somehow missed their first 25 years - although I didn't come to Canada until 1981!)

On this day in 1997 we brought one of Ireland's very best sean-nos singers to town with his excellent backing band: Sean Keane. I wondered why we hadn't heard anything about him for years, but then I came across this article in the Independent (Eire). Sad news, but good to know that he is singing again.