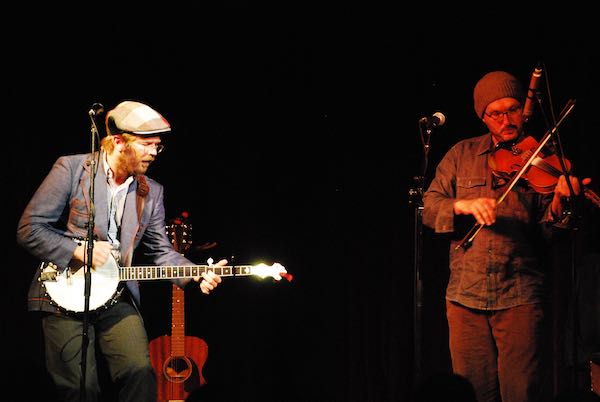 On this day in 2012 we presented a great Canadian double bill with Old Man Luedecke
(NS) - seen above with his long-time accompanist Joel Hunt (NL) - and Del Barber (MB)
- below - at St. James. 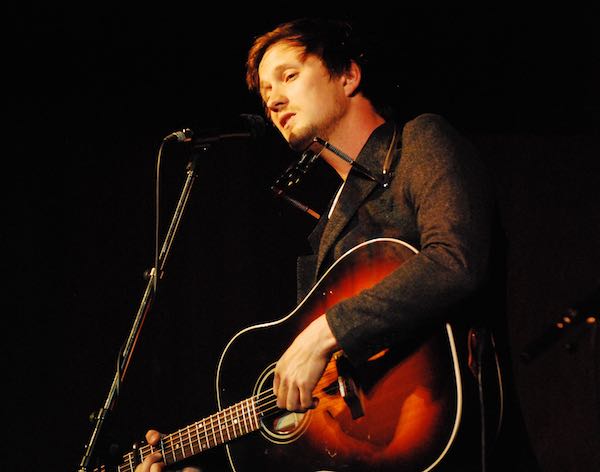 You have to go back well over a decade for our previous show on June 5th. In 1999, American songwriter supreme Chris Smither made his second Rogue appearance. His Rogue debut was at St. James in 1997. This time he played the Wise Hall, and he also came out to CiTR to play a couple of songs live on Steve's radio show that morning.

In 1998 Pied Pumkin opened a four-show, three-day extravaganza at the Wise Hall. The pioneering independent folk band from BC made their first Rogue appearances that month. They have been back many times since, often to mark the Rogue's anniversary, and most recently to help inaugurate one of their number - Rick Scott - into the BC Entertainment Hall of Fame in 2019. The other band members are Ms. Shari Ulrich and Joe Mock.

Back in 1988, James Keelaghan concluded his three-night stand at The Rogue with a show at The Railway Club.