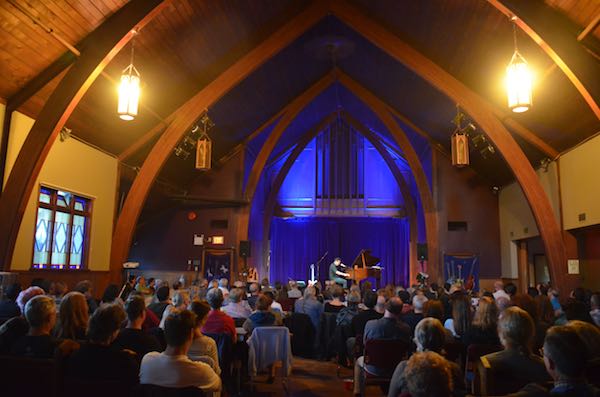 In 2016 Ontario songwriter Danny Michel came to St. James Hall for a sold out show.
This was his Rogue debut. He had made a big impression performing with Canadian astronaut
Chris Hadfield at the Folk Alliance Conference, and his collaboration with the Garifuna
Collective from Belize - Blackbirds Are Dancing Over Me - was in heavy rotation on Steve's
radio show. Danny had also made a fabulous album of David Bowie covers - Loving The Alien.
Apparently we held a beer tasting event that evening as well! (See Steve's Blog) 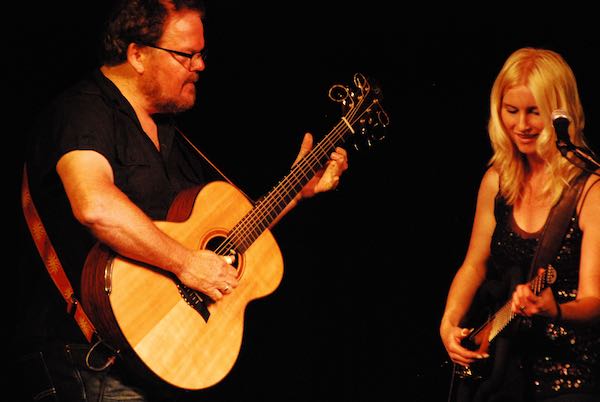 On this date in 2011, Canadian "heavy wood" guitar icon Don Ross made his
23rd Rogue appearance - this time with his partner and fellow guitar-poet, Brooke Miller. 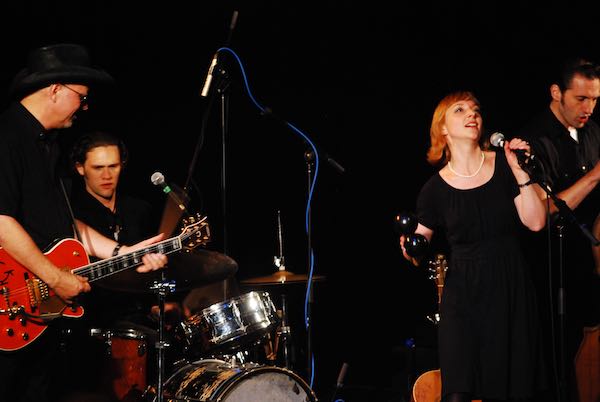 In June 2010, St. James Hall had a prior booking, so we moved downtown to CBC Studio 700 to present Idaho's bluesy rootsy songwriter Eilen Jewell and her fine band, featuring guitar wizard Jerry Miller.

On this weekend in 1994  the Wise Hall was unavailable so we moved - temporarily - to nearby Maritime Labour Centre to present two shows. The first of these featured Scottish band Wolfstone - a sort of Heavy Metal folk band with Highland war pipes! What an amazing sound they made!!! On this occasion I think their "mystery piper" was the late, great Martyn Bennett.

On this date in 1988 we presented a show called World Roots Explosion at The Commodore Ballroom, featuring Seattle's marimba band pioneer Dr. Dumisane Maraire and his band Dumi & Lorah  Stephen Fearing  Vancouver reggae band Small Axe, and local folk / pop combo Rhythm Mission. Scroll down to page 2 of our Rogue Folk Review for June 1988 for details. Sadly I had to fly to England as my Dad was dying, so I missed this show.