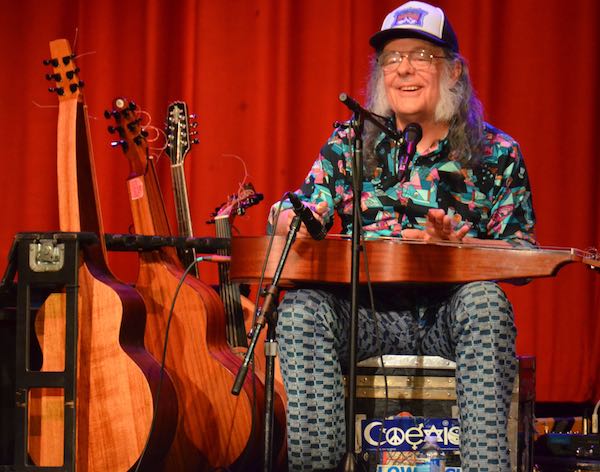 On this day in 2017 we presented a solo show with American world music pioneer and slide
guitar specialist David Lindley at The Rio Theatre. So good to see a full house for a Rogue
show in a larger theatre than our regular home at St. James. And what a show it was too!
Here is a bit more info on the show - including mention of a lengthy interview I held with
Mr. Dave at The Town Pump in 1986, when he told me he'd given Steve Martin banjo lessons
atop the American Hotel in Disneyland a few years before. I aired some of that interview on
The Saturday Edge On Folk on the day before this concert at The Rio. 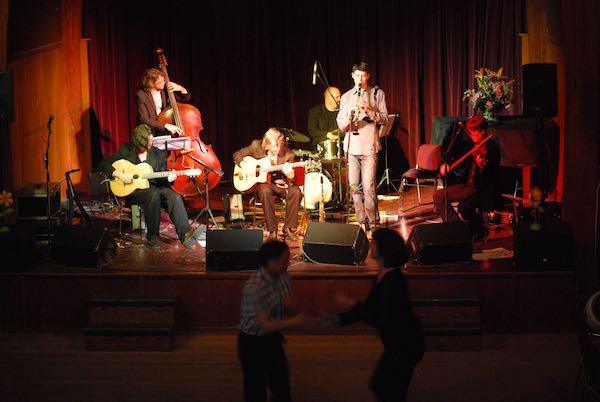 In 2010 Vancouver's gypsy jazz combo Van Django ran a series of swing dances at St. James
with an expanded line-up including Evan Arntzen on vocals and clarinet. The music was stellar,
but the dancers were few so the experiment lapsed into the annals. Until now! 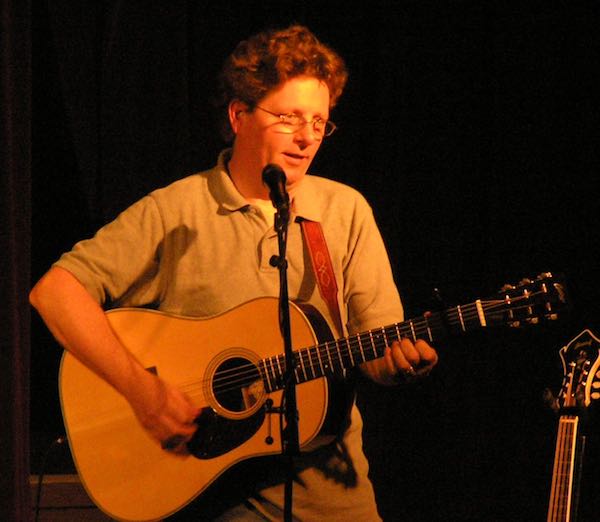 Back in 2005 we had the rare chance to present a solo show with one of the leading
lights of bluegrass and Americana - Tim O'Brien - at St. James Hall. You can read
about the show on page 4 our June 1995 Rogue Folk Review. There's also a
wonderful interview with the man on page 2, conducted by Sue Kavanagh, who
interviewed quite a few of our performers around that time. Looking further back
through a glass darkly, we find a CD launch show by Abbotsford / Vancouver Celtic
quartet Prydwen at the Wise Hall on this day in 2000. There's a really interesting
article / interview on page 2 of our June 2000 Review with Prydwen fiddler
Jennie Bice  The piece was written by one of our core volunteers at the time -
Jenny White - who remains a stalwart member of the local sesiun scene to this day.