On this day in 1988 we presented Calgary's Celtic trio First Draft at The Railway Club. There is not much info about them on the web, sadly. Formed by Edinburgh-born duo Gordon McCulloch (guitar, vocals) and John Campbell (pipes), with Charlie Chiasson on fiddle, First Draft was a pretty good Celtic band! I recall the late fiddler John Cunningham telling me he'd recognized McCulloch in his Calgary Police uniform one day Silly Wizard was in that city. He kept yelling "Hey, McCulloch, yer bastard!" across the street. Gordon declined to notice but must have been boiling up inside! I'm sure they would have sunk a few wee drams after that concert! See page 4 of our May 1998 edition for the write-up. We didn't have a photo of the band; just the cartoon from the cover of their debut cassette! (Remember those??)

Our Local Folk Night in May 1991 (see page 2) featured Rajka & The Hummingbirds at the Wise Club Lounge. She had a great voice and played lead on her bass guitar. Whatever happened to her, I wonder? 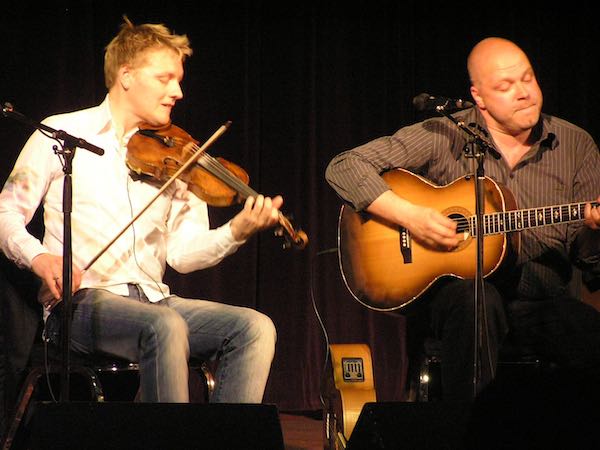 On this date in 2008 we brought back the superb Danish duo Haugaard & Hoirup to
St. James. They were sadly not quite as famous over here as the Irish American duo Martin
Hayes and Dennis Cahill, but they were no less mind-numbingly brilliant for their seemingly
telepathic interplay and stunning musicianship. 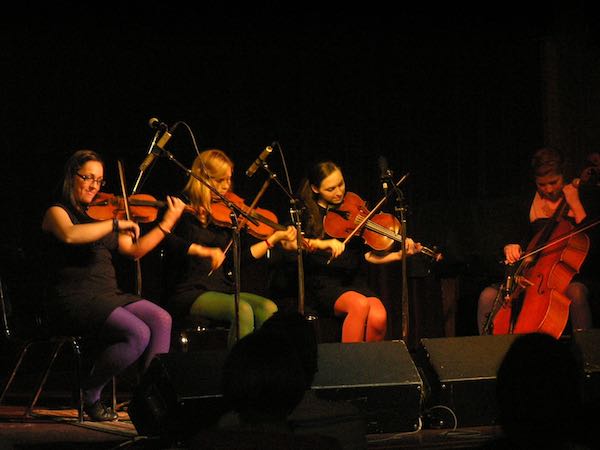 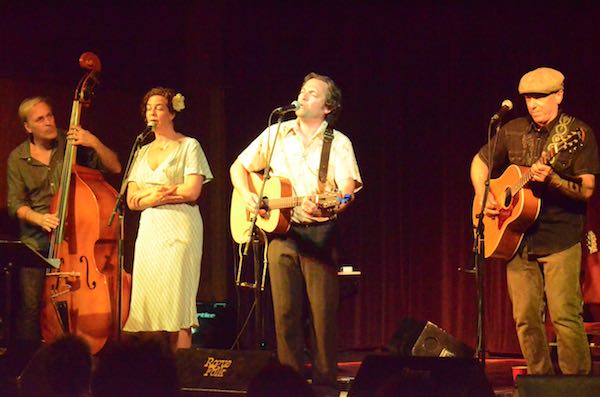 May 22nd 2015 saw us present a double bill of BC singer songwriters Deanna Knight and
Chris Ronald at St. James. They each had a fine backing band, including Rob Becker (bass)
and John Ellis (guitar) - see above.

On this day in 2017 we teamed up with Sounds & Furies to present legendary American
feminist singer songwriter Holly Near at St. James. I missed the show as I was away in
Stockholm to watch Manchester United win The Europa League Cup Final!