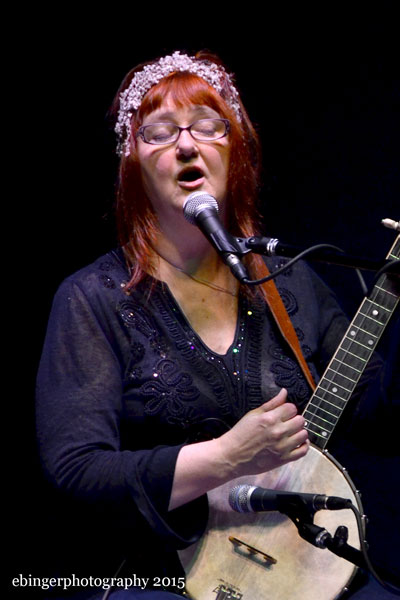 What a great show we have in prospect on Friday! There are not one, but two major articles about Linda McRae in this week's papers! An excellent interview in the Vancouver Sun Helping at-risk youth one of Linda McRae&#8217;s passions
and another in The Georgia Straight http://www.straight.com/music/585491/long-shadow-trail-finds-linda-mcrae-fully-engaged
Why do two major publications want to focus on Linda? Well, for starters, she's a Vancouver girl now living in Nashville. Her brand new CD, Shadow Trails (Borealis Records) was produced by another Vancouverite now living in Nashville - Steve Dawson - and she is a former member of Spirit of the West. That's just the start. Over the years her songwriting has taken on a more Roots music flavour, with Appalachian banjo added to her instrumental skills on guitar and accordion. She holds regular songwriting workshops in Women's Shelters, Youth At Risk programs and maximum security prisons throughout North America (there's even a co-write with an inmate at Folsom Prison on the new CD!) A passionate and soulful singer, Linda shines a positive light on this troubled world we live in, and her songs inspire hope and resistance and determination to overcome adversity.
Opening for Linda is Thad Beckman, Portland blues guitarist and singer songwriter extraordinaire, who was last seen in town accompanying Tom Russell on his Rose Of Roscrae folk opera shows at The Rogue in June. Thad released a fine album of his own this year, too: Streets of Disaster.
Don't miss this rare chance to hear these two impressive songwriters in the intimate surroundings of The Rogue at St. James Hall. Tickets are still available at our usual ticket outlets (Highlife, Prussin, Red Cat, and Rufus') and also online
2. December at The Rogue
Check out these unique concerts in the next few weeks: 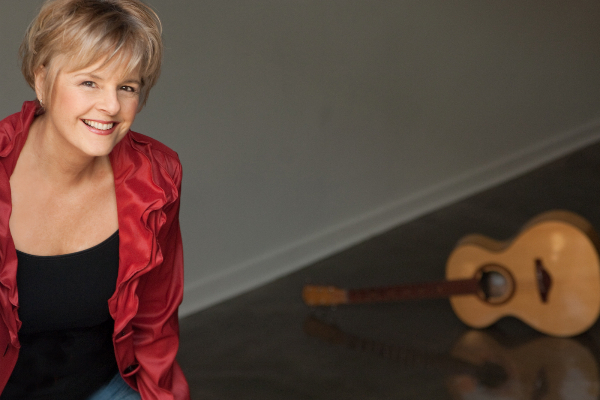 The Acoustic Guitar Project (Thursday December 3rd) features five Vancouver songwriters - Shari Ulrich, Buckman Coe, Wes Mackey, Lydia Hol, and Itamar Erez - who have each written a song on a special acoustic guitar in the past few weeks. This is one of dozens of concerts happening all over the world this month, all featuring local songwriters and a shared guitar. The performers will sing "in the round" - rather like Bluebird North in format - and each will sing some of their other compositions as well as the one written specially for this project. 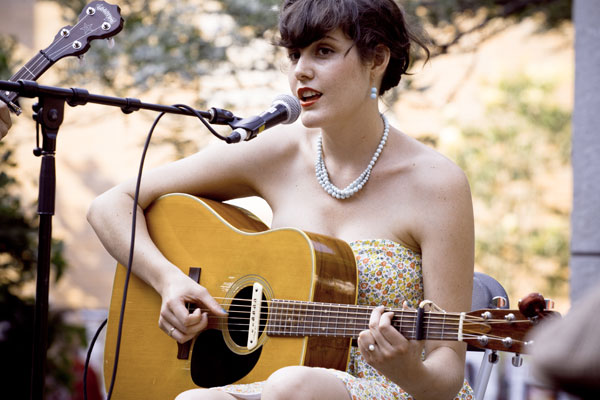 Sarah Jane Scouten (appearing Tuesday December 8th) was raised on Bowen Island and has released two excellent CDs to date, including last year's The Cape, which was nominated for a Canadian Folk Music Award. She now lives in Toronto, having spent a few years in Montreal before that. Whilst in B.C. she collected songs from the late folklorist Phil Thomas and Princeton Trad Festival organizers Jon Bartlett & Rika Ruebsaat amongst others, and will perform and record some of these songs at this show. She will be accompanied by her fabulous three-piece band The Honky Tonk Wingmen. 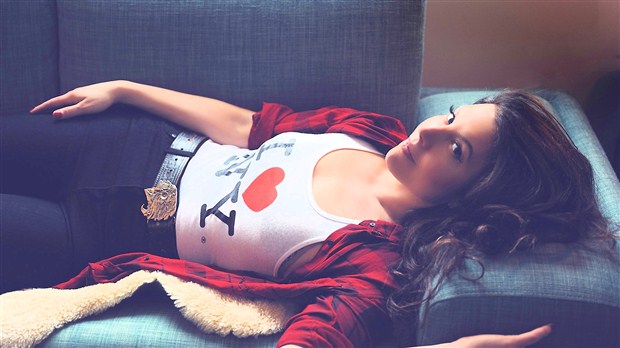 On Friday December 11th Vancouver's T. Nile will be joined by Familiar Wild (aka Melissa Bandura) and Yellowknife songwriter Dana Sipos in another unique collaboration. 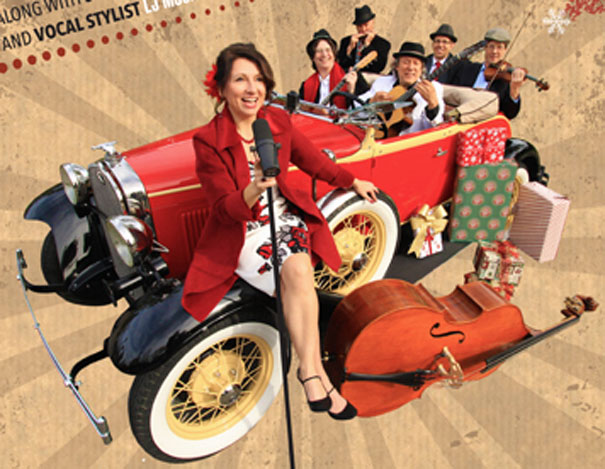 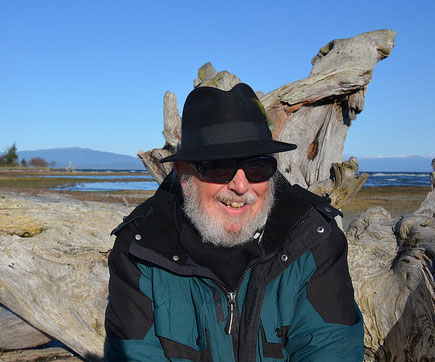 I've started a new Flickr Gallery to house my concert photos - and more. Please stop by for a look! You can reach it from our website or directly. 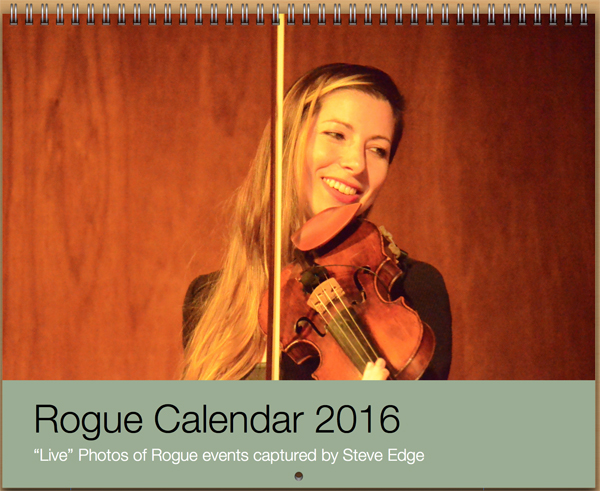 Don't forget to pick up a copy of my Rogue Calendar for 2016, featuring photos from Rogue shows in 2015, concert dates and festival dates in 2016, and more. Just $25. Available at all our concerts. A unique souvenir, and I reckon it's also a useful guide to what's coming next year.
4. Radio Waves 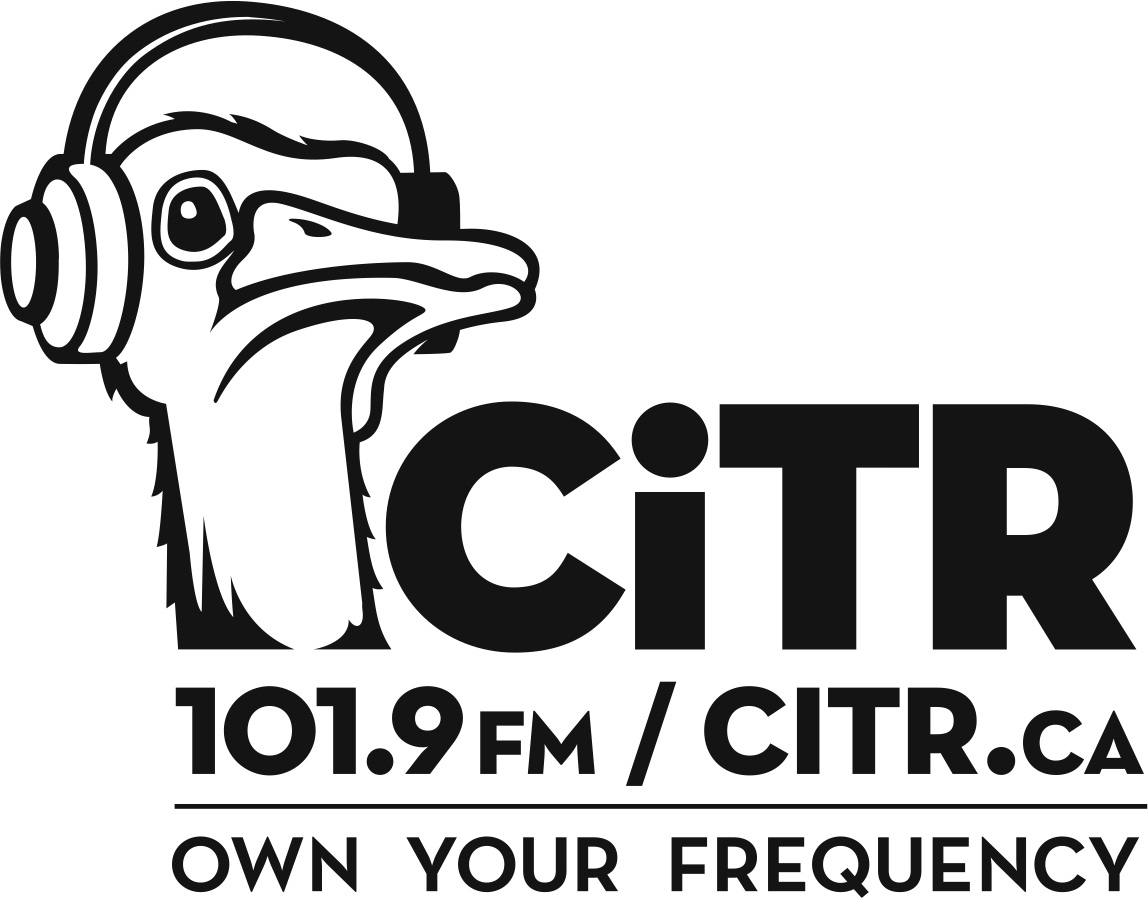 Tune in to The Edge On Folk on Saturday from 8am to noon to hear music by all these fine performers and much more. Point your browser to www.citr.ca or try 101.9 fm to hear what I think is new - or old - and exciting! The show starts in Africa, and crosses oceans, fjords, deserts, river deltas and mountains and ends up on the west coast of B.C. or sometimes the west coast of Ireland or the islands of Cape Breton or Newfoundland. It's a wild musical ride but it's fun for me - and I hope you find it entertaining too!

Radio Rogue runs all day every day on our website, with a playlist of over 1,500 songs. Click here to listen in. 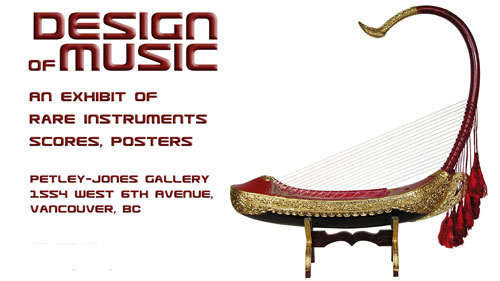 The worlds of music and art are coming together to launch the first musical instrument museum in Canada.  Vancouver, being the extraordinary exposition of cultural diversity that it is, will be the home to the new Museum of World Music. Rare exquisitely ornamented musical instruments, graphic scores, psychedelic posters, and early sheet music showcase the myriad design elements in music through the centuries, from all corners of the world. This exhibit draws from the private collections of prominent personalities in the Vancouver musical community. These treasures are usually hidden from public view and many are on display for the first time. This exhibit is part of an initiative to create a museum in Vancouver dedicated to musical instruments and associated paraphernalia with a worldwide scope that emphasizes the rich musical community and heritage of British Columbia. All genres of music are to be included from baroque to world, country to jazz, hip-hop to electronic.