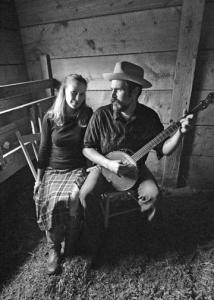 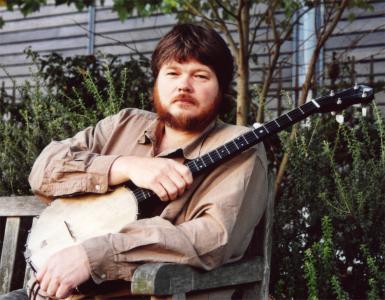 Old time banjo player, fiddler and singer Riley Baugus hails from the Piedmont region of North Carolina. His family's attendance at Regular Baptist church gave him early exposure to the unaccompanied singing that is a time-honored tradition for ballad singers throughout the Appalachians. Starting on the fiddle, Riley quickly moved on to the banjo, building his first instrument from scrap wood with his father. With friend and neighbour, Kirk Sutphin, Riley began honing his musical skills. Together they visited elder traditional musicians throughout North Carolina and Virginia, learning the Round Peak style at the knee of National Heritage Award winner Tommy Jarrell and other traditional musicians of the area.

Over the years, whilst working as a weldor and a blacksmith by day, Riley played with many old time string bands. Then, one fateful day, Riley got a call from longtime friend and collaborator Dirk Powell. Dirk was involved in the music direction for the Academy Award-winning film Cold Mountain and had convinced the producers that they needed Civil War era banjos made in the Carolina hills, specifically Riley's handmade banjos. Riley put the hammer down on the anvil and didn't look back. He was featured in the movie O Brother Where Art Thou and is now one of the most celebrated musicians on the scene. He will be joined by fiddler Kirk Sutphin to round out an amazing double bill at The Rogue!

Pharis Patenaude was the one of the lead singers with Victoria's seminal band Outlaw Social. A few years ago she married California musician and banjo maker Jason Romero, and the couple teamed up with BC fiddler Erynn Marshall to form The Haints Old Time Stringband. Erynn has since moved on so The Haints rarely perform as a trio these days but happily The Romeros continue to perform as a duo.

In July 2011, Jason and Pharis Romero released their first duo album, A Passing Glimpse. A beautiful collection of songs lovingly sourced from old recordings or written by Pharis, it's an album of acoustic & national guitars, fingerstyle and clawhammer banjo, and plenty of singing. In September 2011 Passing Glimpse was the #1 Album on the North American Folk DJ playlists.