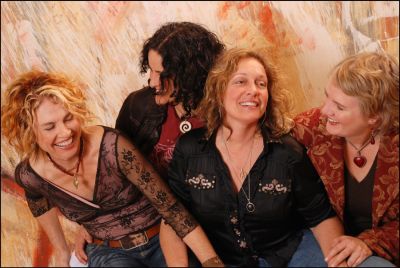 A unique collective of four distinct voices and musical backgrounds, Blame Sally has forged a compelling and original sound that has earned the band the well-deserved reputation as Bay Area phenomenon. The San Francisco Chronicle raved that Blame Sally's music recall(s) the artful romanticism of Jane Siberry, the rich folk harmonies of the Indigo Girls, and the percolating soulfulness of Joy of Cooking. Poised for greater national attention, they've performed for audiences across the US, sharing festival stages with the likes of Los Lobos, Ani DiFranco, Richard Thompson, Roseanne Cash and Greg Brown.

Pam Delgado, Jeri Jones, Renee Harcourt and Monica Pasqual hit their stride well after the first blush of youth, watching their audiences grow and their independently-released record sales balloon as they set their own career pace and direction.

In May, 2009 the band released Night of 1000 Stars, produced by Lee Townsend. As they have always done, Blame Sally uses personal and topical issues to fuel their powerful songwriting and jubilant ensemble musicianship. Whether through the anguished voice of an Afghan war veteran, the cancer survivor finding some humor in new age bromides or the woman who's passion comes on like a summer thunderstorm, each track on Night of 1000 Stars is rich with authenticity and emotion.

Called a San Francisco Bay Area phenomenon, this powerhouse all female band is suddenly finding themselves more and more in the national spotlight. In the fall of 2008, they signed a three-year album recording contract with Bay Area Opus Music Ventures. The ink was barely dry on the contract before Blame Sally found themselves in a brand new, state-of-the-art recording studio and in the very capable hands of Grammy-nominated producer, Lee Townsend, (Bill Frisell, Loudon Wainwright, Noe Venable, Crooked Still).

In 2007 Blame Sally reached an audience of millions through XM Satellite Radio's Starbuck's XM Café where the band's previous album Severland charted at number one. Their anti-Bush/anti-war song and video, "If You Tell a Lie" is featured on Neil Young's Living With War website where it was number 2 in downloads for six months.

"The band's spirited, take-no-prisoners attitude is a welcome contrast to traditional folkie navel-gazing, and the band has the songs, chops and pipes to back up their tough-talking, clear-minded indie Americana sound." — Santa Cruz Sentinel 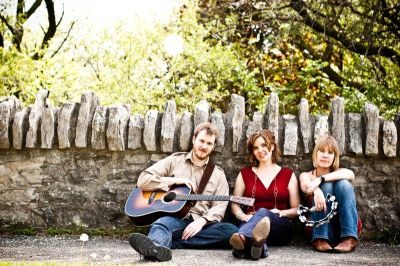 The night's opener, Isobelle Gunn, hail from Ontario and are named after a historic Scottish/Canadian woman who disguised herself as a man in order to work in a man's world. Comprised of Jeremy Zeyl, his wife Lara Schat-Zeyl and his sister Leanna Zeyl, Isobelle Gunn has been hard at work since 2006. Since the release of Isobelle Gunn's debut in April of 2007 their work has achieved international critical acclaim. 'Emily' (Jeremy Zeyl/Douglas Romanow) placed as a runner up in the Song of the Year (Nashville) and the Durango Song Contest (California).