"There are two types of folk music: quiet folk music and loud folk music. I play both." 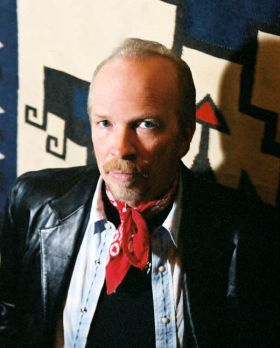 Dave Alvin made his name playing alongside his elder brother Phil in the 1980s in LA rock band The Blasters. Much more than a rock band, they fused a punk rock energy with strong roots in the blues and country music. Since leaving the band in 1986, he has released 11 solo albums, and along with Tom Russell was credited with defining a new genre - Americana - when they recorded a tribute to the music of Merle Haggard, Tulare Dust. His last Rogue Folk gig was way back in 2001 with The Guilty Men. At the Royal, on Granville Street (yet another local venue that's since closed down.)

Dave's music is a braid of different American music forms: blues, country, rock'n'roll, pop, folk and R&B and in each strand, he favours the California accent. His favourite blues, for example, is the West Coast scene that coalesced around Big Joe Turner and T-Bone Walker after World War II. Dave's favourite country music is the Bakersfield Sound of Buck Owens and Merle Haggard. His favourite R&B is the South Central L.A. scene of Jesse Belvin, Johnny "Guitar" Watson, Richard Berry and the Calvanes. His favourite folk songwriters are the California heirs of Woody Guthrie's years there: Kate Wolf, Jim Ringer, Mary McCaslin, Rosalie Sorrels and Tom Russell. His favourite pop-rock songwriters are the chroniclers of California's collision of sun-tanned hopes and film-noir disappointments: Randy Newman, Tom Waits, Brian Wilson and Stan Ridgway.

"I interviewed Buck Owens for Mix Magazine a few years ago," Dave says, "and one of my questions was, 'What was it about California that gave the Bakersfield sound that edge?' And Buck said, 'The biggest difference was that back East you had to keep a foot between the dancers, whereas in California it was all about rubbing up against one another and polishing each other's belt buckles.' "I think that's true; California has that frontier, anything-goes openness and wildness that makes it different. It's also a place with a lot of cultures, and that openness allows musicians from different cultures to trade ideas when they meet. You can hear the connection between doo-wop harmonies and surf harmonies, between T-Bone Walker's guitar and David Hidalgo's guitar. To me it's just amazing that the scope of California music accommodates everything from Brian Wilson to Merle Haggard. They're both natives and one is no more valid than the other. Haggard was as shaped by the California experience as Brian Wilson was; he was just expressing it in a different way."

Dave Alvin will perform solo, showcasing his crisp, booming baritone voice and scorching guitar work. Above all, his lyrical poetic songs convey a deep reverence for the roots of Americana, and the troubadours and blues and country music pioneers that paved the way for him to pursue his musical dreams and thrill us all with his distinctive sound. 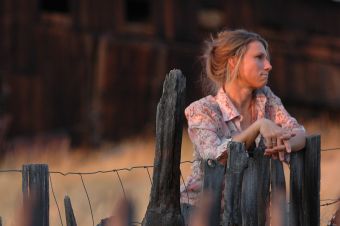 The haunting quality of Martha Scanlan's voice, unique perspective and poetic imagery of her songs helped to gain national acclaim for the innovative old-time string band, Reeltime Travelers. Martha's first solo project, The West Was Burning, was released in 2007 to great critical acclaim. She played here last January with Ollabelle, and is about to release a live CD she made on a recent tour of Finland with Travis & Trevor Stuart. We are thrilled to have her back.