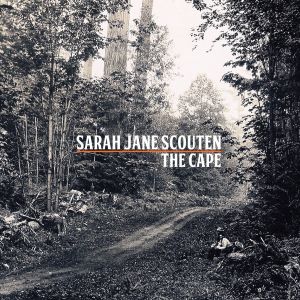 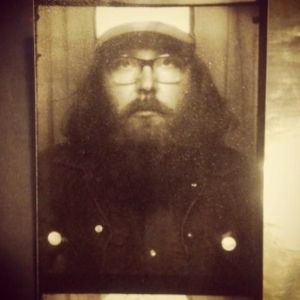 Sarah Jane Scouten’s second full-length album “The Cape,” named after her childhood playground and a stormy seven-and-a-half minute long song by the same name, throws a wake the things we won’t have back again. You’ll find it in the shameless nostalgia for place, time, lost loved ones, frayed family ties and bonds too strong to break.

A traditionalist at heart, she once again shows her signature flair for the roots of roots music, ranging from Western-swing, honky-tonk, Cajun and Appalachian string band music and a hint of the Maritimes. With respect for these roots, she writes from her own perspective, rather than taking on a persona or copying a style, and only writes about what she knows profoundly

For the first time, Sarah Jane Scouten will be touring the West with her brilliant string band from Montreal. The four-piece have worked closely over the last several years, arranging all 11 tracks on The Cape as well as her first album Magpie Waltz. The new album was recorded and produced by Juno-nominee Andrew Collins (The Foggy Hogtown Boys, The Creaking Tree String Quartet and Annielou) at Sytesound Studio in Toronto and features Aaron Goldstein on pedal steel (City and Colour, Daniel Romano), Treasa Levasseur on accordion (Corin Raymond and the Sundowners), Sly Juhas on drums and Sarah Jane’s sister Anna Scouten lending her arresting blood-harmonies. Like the audible photo album it is, cover design for The Cape uses archival photographs from the Bowen Island Museum and Archives.

A conversation with Matthew Colin typically begins with: "You don’t have an accent, are you really from Australia?" or, "You've been living in a van for two years! Where do you shower?" It's been nearly three years since Matthew left his hometown of Brisbane, Australia in search of musical adventure. He found it travelling across North America in an old catering van he converted into a tiny mobile apartment. He’s rambled through Austin TX, Los Angeles and Portland OR, landing in the place he now calls home, Vancouver BC. Here, Matthew Colin found himself at the heart of a family-like community of songwriters and music lovers with closeness unlike any he’s ever seen.

Matthew Colin is a man of passion and yet a real nobody. His greatest obsession is building a deep connection to the North American folk and country music community he’s encountered and all the characters that live with its warmth in their hearts. He works tirelessly behind the scenes as a sound engineer and graphic designer for countless Vancouver bands and venues, including For the Sake of the Song Sundays and Moonshinin’ Music Festival. Matthew is constantly developing his songwriting style in a genre he’s taken to so effortlessly. His songs, tailored to his deep warm voice and melodic finger-style guitar-playing, are astonishingly perfect, especially in light of his humility as a performer. He lives a simple life, starved of the ordinary and his songwriting focuses on honest and universal themes that come from a life of struggle and joy.