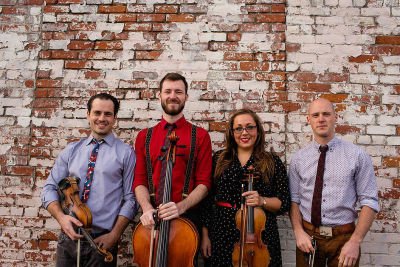 Musically, the goals of the group are to expand the rhythmic, harmonic and structured arrangement style of the many folk genres they play using only string instruments. There are countless fiddle styles across Canada and around the globe that have been stagnating over time, and The Fretless is working to incorporate a new approach and a new audience. As a band, all four members have come from very different traditional and contemporary backgrounds, and are influenced by a vast array of art. However they are unified in their goal to continually develop their amalgamated sound in order to push traditional music as far as possible.

The Fretless is an innovation in music that must be heard. They harbour all the energy of fiddle tunes, while shattering all expectations in writing, creativity and performance.