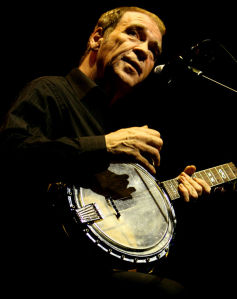 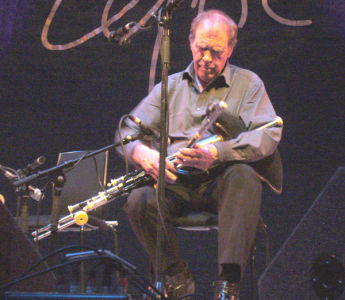 Finbar Furey has left his mark on the music of Ireland and indeed taken Irish music around the world for more than forty years as the lead singer, banjo and uillean pipes player for The Fureys, a group he shared with his brothers Eddie, Paul and George. He has toured extensively in Britain, America, Australia and Europe, treating audiences to evenings of pure Irish magic, great music, good humour, and the charm and sparkling wit associated with one of Ireland's great raconteurs. From his early folk days in the late 60’s to a more contemporary, raw and emotional style today, his music is determined, irresistibly intriguing and reflective and re-affirms his status as one of our great folk heroes.

From earliest memory, music played an essential role in the family home in Ballyfermot, Dublin. His father played fiddle and pipes and his mother played five string banjo. Finbar won several all-Ireland championships on the uillean pipes as a teenager. As a duo with his brother Eddie in the late 60’s, the two left Ireland and were soon playing in folk clubs, colleges, then festivals and concert halls throughout Europe where their approach to the music was soon noticed and influenced succeeding generations. Finbar has always experimented with instruments and designed and had made a set of pipes in stainless steel, the first ever made. In 1971 he designed a new style of flute and commissioned Bernard Overton to make it and so the Overton flute (or low whistle as it is called nowadays) was born and is now played worldwide in every Irish and Celtic band.

In 1978 they asked younger brothers, Paul and George with their bandmate, Davey Arthur, to join them and formed 'The Fureys and Davey Arthur.' The band achieved worldwide fame with Finbar as frontman, with such hits as Finbar's Lonesome Boatman and songs like Sweet 16, The Green Fields of France, The Red Rose Cafe and many more. In 1995, Finbar left the group to launch a solo career and his reputation as a solo artist has increased with every performance with his gutsy, emotional and innovative approach to music. His concerts are nights packed with lots of music, songs, passion and fun.

Finbar has also added acting to his credits, playing a singing role in Martin Scorsese’s ‘Gangs of New York’ followed by a lead acting role in Mark Mahon’s ‘Strength and Honour’ alongside Vinny Jones, Richard Chamberlain, Michael Madsen and Patrick Bergin. This was followed with a stunning role as a mentally ill ex-gamekeeper in the short film ‘Paris/ Sexy’ and then a part in RTE’s feted drama series, Love/Hate. In 2013 Finbar won 'The Hit' with the beautifully written ‘The Last Great Love Song’  and followed this with his album 'Colours' becoming his first number 1 in 30 years since 'When you were Sweet 16' in 1983.

Finbar's back in the charts now with his newly released instrumental and inspirational album on pipes and flute, The Slender Promise.