A group of young Italians on a quest to rediscover their own roots music. 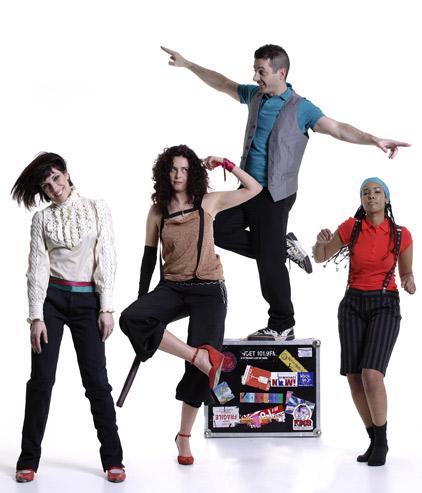 FF began as a studio project in 1999 as a tribute to the female vocal tradition of Northern Italy (like the choirs of mondine, the rice gatherers who were all young girls) revitalized by a new generation and electronic dance music culture. The result is an intriguing blend of old Italian dance tunes played to new Italian dance grooves, traditional ballads and state-of-the art electronica. FF’s first album, 1.0, was released in 2000; meanwhile, lead singer Silvia Orlandi (aka Fiamma) and accordionist Alberto Cottica built a live band to play this music on tour, including Lady Jessica Lombardi on Emilian bagpipes, flutes and bass guitar, and Italian-Eritrean female DJ Medhin Paolos (loops and samples).

The second album, Home, is even more focused on northern Italian roots than 1.0, but it is also more extreme in sound, with a harder, more "live" approach to electronica. FF spent summer 2004 touring Canadian festivals, and were voted "Best New Act of 2004". Following this tour, Silvia left the band to pursue a solo career, and is replaced by Lisa Kant. The new lineup just showcased at the WOMEX conference, and is now in the studio with producer Peter Walsh (Robert Plant, Afro Celt Sound System) recording a new album for 2006 release.