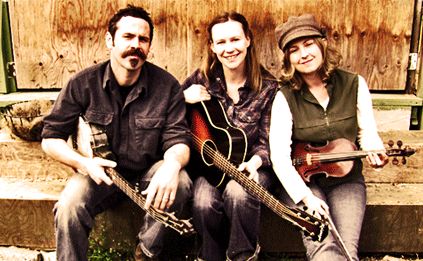 The Haints are an old-time band that started performing together in 2007 and have played festivals, concerts and camps since. Members of the band are: Erynn Marshall (Galax, VA / Victoria, BC) - fiddle, vocals, banjo-uke, Pharis Romero (Cobble Hill, BC / Horsefly, BC) – lead vocals, guitar and Jason Romero (Cobble Hill, BC / Arcata, CA) – banjo, guitar, lead vocals, banjo-uke.

The word "haint" is a southern expression for a spirit or ghost... and these Haints have gleaned inspiration and repertoire from a wealth of sources old and new. Sometimes we have learned tunes from favorite archive recordings and other times from older tradition bearers – fiddlers or singers who are no longer with us. The music lives on, adapting and breathing in a living tradition of which we are a part. And with these traditions, The Haints Old Time Stringband want to share their favorite tunes and songs with you.

The Haints' first CD project, Shout Monah, features traditional old time fiddle & banjo tunes (from Kentucky, West Viriginia, Mississippi and beyond), vocals duets with stringband accompaniment, silver dagger ballads and more. With a penchant for tunes old and obscure, as well as great archaic songs that have almost been forgotten, we offer up tunes that get under your skin and make your heart ache. We also deliver on their love for stringband tunes from the era of early radio and before.

While striving to play this unique repertoire with care, spirit and detail we add themselves to the music and make it own own. The music never ceases to inspire, engage our creativity, and challenge our musicality to rise to new levels. This music crosses borders, genres and merges our diverse backgrounds, artistic artistic aims and group vision into a whole. Hope you'll relax, join us and listen for a spell.

They will be joined by singer and multi-instrumentalist Carl Jones. 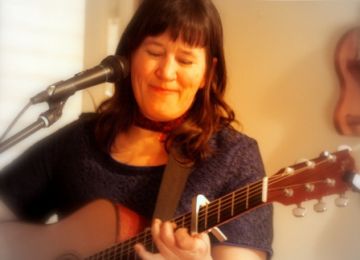 Whitehorse may be a long way from the American south, but it's notable for the same sort of hardscrabble lifestyle and unshakable sense of community that influenced early Appalachian music over a century ago. It was that very sense of community that prompted Toronto transplant Kim Beggs to make her home there just over 15 years ago, and it's that same sense of banding together in the face of adversity that has inspired her distinctive "sweet dark" old-time tinged roots music – a style that draws inspiration from old country and bluegrass, but which is unmistakably influenced by the expansiveness and desolation of the North.

Combining delightful acoustic arrangements with a voice that's been described by Acoustic Live in NYC as a "cross between Nanci Griffith and Iris DeMent" Beggs reflects on the journey through life and death, the wanderer's spirit and the loss of loved ones.