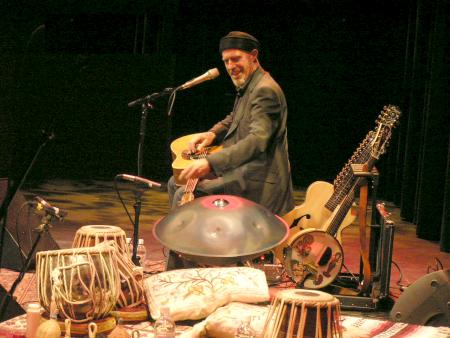 Manx is a prolific artist, releasing seven albums in a six-year span with no signs of stopping. His latest CD, a collaboration with Kevin Breit called In Good We Trust, was released on Stony Plain Records in 2007. It has received glowing reviews and a number of award nominations, including two Maple Blues nominations, two Canadian Folk Music Award nominations, and a Western Canada Music Award.

Come along to where east meets west and feast on Harry's soul food stew!