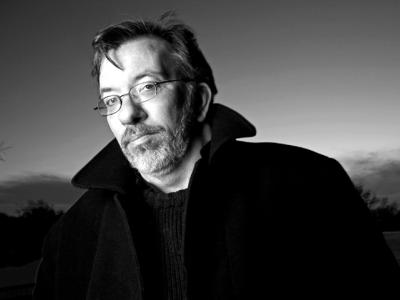 James Keelaghan is renowned for mining the past for musical inspiration. His most celebrated songs tell the stories of extraordinary events through the eyes of ordinary people. His strong voice and strident guitar work are trademarks of the Keelaghan sound, as he unfolds the legends of Canadian history (and beyond) from a unique perspective - that of common folk caught up in the drama of world-shattering events. The past couple of years have seen him taking stock of where he’s been - recording new versions of his most popular songs - and now he’s going even further back to his own musical roots on his latest CD "A Few Simple Verses". On this album, James sings other people’s songs, longtime favourites of his. "Some I learned when I was very young, songs my dad would sing," he says. "Some are songs that have been important in my musical development, some I chose for emotional reasons. All of them are lyrically superior, melodically appealing."

"And they tell good stories," he adds. It’s all part of Keelaghan’s tradition, the vital world of rumour, love, document and adventure that is folk music.

James will be joined by Hugh McMillan (Spirit of the West) on bass and mandolin and Jaime RT, a fine young BC fiddler who grew up in the Kootenays and now makes her home on Saltspring.