Don't miss this collaboration between two of the most versatile and creative exponents of the Blues - Colin Linden, and Gary Nicholson aka Whitey Johnson. 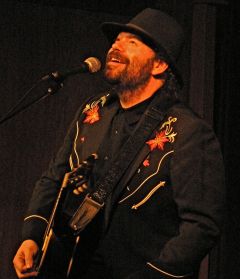 Colin Linden, Canada's musical renaissance man is indeed a multiple threat - as a singer, songwriter, guitarist, and producer. He is in major demand by artists wanting him to produce, write for, and/or play on their records (he has played on 300 and produced 60 albums), yet somehow finds time to both pursue a prolific solo career and play a key role in Canadian roots-rock "supergroup" Blackie and the Rodeo Kings.

If forced at the proverbial gunpoint to come up with just one self-defining phrase, chances are he'd come up with"bluesman." The form that first stirred Colin's musical soul nearly four decades ago sustains him still.

"I've been playing country blues, '20s style acoustic blues, since I was a really little kid. When I was 11, I met [electric blues pioneer] Howlin' Wolf. One of the things he said to me that really got me onto this path was that 'if you want to play this kind of music you should listen to the people I listened to.' He told me about Charlie Patton and Son House and that generation of artists. That was like opening the biggest door in the world for me, so I just dug in deep. I listened to it and have been playing it seriously for over 30 years now."

Colin's thorough and committed exploration of the blues is, he explains, "at the core of everything I do. If I'm playing guitar on a Lee Ann Womack record or playing with Bruce Cockburn, I'm still thinking of Son House and Charlie Patton and Blind Blake. That is the foundation, the deepest root for everything that I do."

easin' back to tennessee, his tenth solo album, represents the fullest consummation of a lifelong love affair with the blues. It features both original compositions written over the course of his career and inspired versions of tunes written by some of the greats of acoustic blues. Linden captures the spirit of his early blues heroes, but his approach transcends mimicry. "After a while, the tradition becomes part of who you are, especially when you utilize what you do in different capacities. If I play Son House style guitar on some country record, you begin to feel like you are an emissary of this style that you walk around with. That frees you from feeling like you're an imitator. When the dance floor is full, you have to get them going some way or another, so you pull out what you have in your back pocket. In my case, that is usually Robert Johnson or Son House, the country blues." 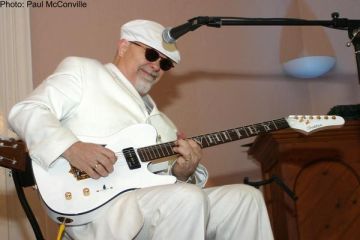 Whitey Johnson is a recently discovered blues singer/songwriter / guitarist from Texas, now living in Tennessee and performing worldwide. There are various stories about Whitey's past, he has made his living making music for well over thirty years, yet has remained relatively unknown, having only recently recorded his debut album. But one known fact is that under the psuedonym Gary Nicholson his songs have been recorded by such blues greats as BB King, Etta James, Bonnie Raitt, Keb Mo, Delbert McClinton, Gatemouth Brown, James Cotton, Junior Wells, Shemeka Copeland, John Mayall and many others. He also won a Grammy as producer of the Best Contemporary Blues Record 2001, Delbert McClinton"s "Nothing Personal".

Whitey describes his style as "Feel Better Blues" with songs such as "Use the Blues (to make you feel better)", "Worry Be Gone", "Leap of Faith", and "Better off with the Blues". He learned to play guitar watching Texas legends Freddy King, Lightnin Hopkins, Mance Lipscomb, then fell in love with Robert Johnson, Muddy and Wolf and the songs of Willie Dixon. He brings a deep respect for all his heroes to his own style. His band includes Colin Linden, Tom Hambridge, and Dave Roe who all have many credits having worked with artists such as Chuck Berry, Johnny Winter, Lynryd Skynrd, Johnnny Cash, and many others.

Why Whitey? Whitey Johnson was born when Gary Nicholson wrote a short story about an amazing guitar player he saw perform at a fair in his hometown Garland, Texas. This guitarist, who covered everyone from BB King to Jimi Hendrix, was a black albino and his family called him Whitey. At the end of the story Whitey dies when a church is burned by the Klan. Now when Nicholson performs as Whitey he invokes the spirit of the blues music he has loved all his life. With deepest respect for all the great founding fathers of the blues, and songs that reflect his own unique point of view, Whitey Johnson lives on.