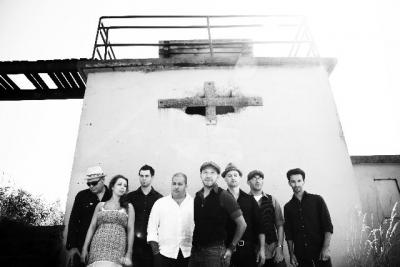 Celebrate the Thanksgiving Long Weekend with two nights of Celtic / Latin revelry with Vancouver's Los Paperboys. Actually, Vancouver is only a part of their geography these days, with band members from Victoria, Seattle, Havana, and Olympia as well! Their music is just as cosmopolitan, yet deeply rooted in traditional music from many countries. Mexican Son Jarocho mixed in with Irish Jigs and Reels and a good dose of Country and Bluegrass. Call it 'Guinness with a tequila chaser while listening to an Americana Jukebox'. Or 'a place where Irish, Mexican and Roots music collide.' Of course, this multicultural mix is hardly surprising from a bilingual band, whose founding member is Mexican-Canadian and whose players cover a range of musical backgrounds from Bluegrass to Funk to traditional Scots and Irish music. A lot has to do with where we're from, says lead singer Tom Landa. Vancouver is a culturally diverse place which feeds what we do and the music we make.

And don't forget, this weekend Sunday is a second Saturday, cos nobody has to work on Monday. Put on your dancing shoes!

If you don't believe a jig can shred, listen to The Paperboys. — Seattle Rocket