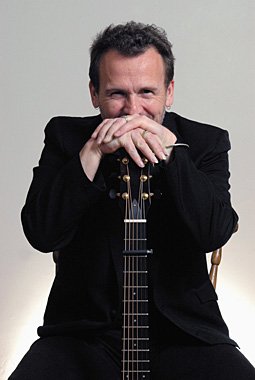 Martin Simpson is one of the finest acoustic finger-style and slide guitar players in the world. Winner of three BBC Radio 2 Folk Awards, an Indie Award for his album Cool & Unusual, and the 2006 Lifetime Achievement Award from the Ards Guitar Festival, he is a superb interpreter of traditional music and song from Europe and from the American South. Growing up in Lincolnshire he was inspired by the likes of Martin Carthy, Davey Graham and Richard Thompson during the folk revival of the 60s. He was also hugely influenced by the recordings of Big Joe Williams, the Reverend Gary Davies, Blind Willie Johnson and Doc Watson, which has led to an eclectic style of playing and repertoire that is all his own. He has worked with the likes of Jackson Browne, David Lindley, June Tabor, Martin Carthy, Martin Taylor and Eric Bibb and is a popular and much loved solo performer. Both spell-binding, and highly entertaining, he is a master of his craft.