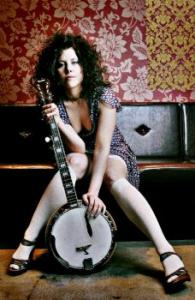 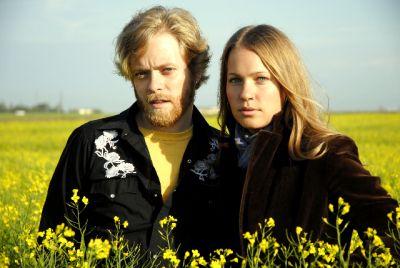 Last spring she released Cabin Song, an EP follow up to her highly-acclaimed debut CD, 2007's At My Table. The title track spins a yarn of ache filled memories complete with French lullabies and welsh cakes while "Reverie" mixes a gritty dub influenced bass line with the shimmering notes of T. Nile's banjo. "Lake Irene" and "Boats Against A Dock" tell instrumental tales of gold mine ghost towns and lumbering tug boats and the cinematic journey of "Sunrises" that travels through lush wet-coast dreamscapes is a foil to the anthemic foot stomp of "Rock Whatcha Got".

All of this is many miles down the road from her humble beginnings in a tiny cabin on Galiano Island but not so surprising for someone who got her musical start accompanying her father, a multi-instrumentalist sidewalk entertainer, through North America and Australia at the age of 6.

Twilight Hotel is the musical partnership of Winnipeg's Brandy Zdan & Dave Quanbury. In 2008, Twilight Hotel teamed up with Colin Linden to produce Highway Prayer (WCMA Outstanding Roots Album Duo/Group), which continues the duo's provocative love story showcasing their characteristic dark twang and noir cabaret all the while centered around their rich harmonies. Their songs run the gamut from the rockabilly jump manifesto, Viva la Vinyl, the street busker feel of Shadow of a Man, to the heartbreaking confessional Sand in you Eyes.