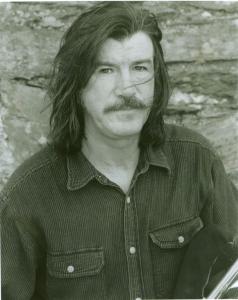 The Jimi Hendrix of the Irish pipes makes a welcome return to The Rogue! Paddy Keenan was a member of the legendary 1970s Irish band The Bothy Band - which brought Irish music to a young audience raised on rock & roll - and added the same kind of energy and excitement without losing any of the power of the traditional songs and tunes. Since then he's mostly played recording sessions with the likes of Steve Morse, Deep Purple and Alias Ron Kavana - and released some wonderful solo albums. There's a new one coming out this Spring. Meanwhile Paddy will have copies for sale of a new DVD. He and Liam O Maonlai made a documentary a few years ago, "Dambe", where they went to Mali, met local musicians and performed at Le Festival au Desert near Timbuktu. It was nominated for an Irish Oscar-- this is the first time the DVD has been available in this country. Watch the movie trailer.

The uilleann pipes are a miracle of engineering, and one of the most versatile and powerful instruments in traditional music anywhere. In the hands of a master like Paddy Keenan one can truly appreciate their magical powers. And his! He is a veritable one-man band on the pipes, playing the melody over his own rhythm section - and accompanying himself by playing chords on the regulators. This is especially amazing to me. He's using his fingers to play the notes, his elbow to inflate the bellows, and somehow he manages to use his forearm to push the valves on the regulators - all with the same arm. Visit Uilleann pipes on Wikipedia for more information.

Paddy sounds more like a rock guitarist than a piper at times, using triplets and bending the notes like Eric Clapton in full flight. Like the very best guitarists, he is also a master at conveying the emotion and depth in a slow air or ballad, and I've never heard anyone else play a waltz on the uilleann pipes - at least, not as brilliantly as Paddy!

He will be joined in this concert by Irish singer / guitarist Padraic Conroy - an accomplished musician recently moved from Moscow to Los Angeles. Padraic sings songs of old and new giving each one a bit of a twist. He plays a few musical instruments including Guitar, Tzoura, Bouzouki and whistle. While in Moscow he played at the St. Patricks Ball with the band Failte. It was in Moscow he first met Paddy Keenan and played with him at the Irish Embassy.