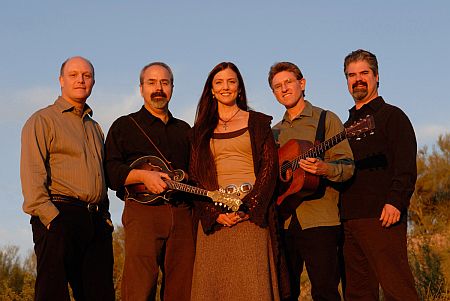 Whether setting the tone for a mournful ballad, laying in fills for one of the group's unique original compositions, or providing essential rhythmic foundation to breakneck speed bluegrass, John Reischman's mandolin acts as the sonic heart and soul of The Jaybirds. He is a mandolin master of the highest calibre, having garnered praise from every corner of the music world for his tasteful, classic, and versatile technique.

Years of European and North American tours, four critically acclaimed albums, two Juno nominations and two Canadian Folk Music Award nominations... little wonder the buzz around this fine band continues to grow. Like the mandolinist at its helm, the group fashions a stylish, elegant take on bluegrass that is at once innovative and unadorned, sophisticated and stripped-down, happily old-fashioned, yet unselfconsciously new. To see their live show is to believe it. A genial blend of story-telling and side-show humour provides the backdrop to their studied performance of original songs, instrumentals, and newly arranged traditional material.

With awards for his fleet-fingered fretwork, a Grammy nod for his appearance (with John Reischman) on the Bill Monroe tribute cd True Life Blues, and contributions to a slew of IBMA-honored albums, guitarist Jim Nunally has received his share of superlative praise.

Gregory Spatz's fiction writing (most recently the critically acclaimed novel, Fiddler's Dream) has graced the highart pages of "The New Yorker." Perhaps the writer's focus gives this fiddler the uncanny ability to, in the space of a single set, play melodic partner to Trisha Gagnon's pure, timeless voice, slice a clean edge through a blues-infused Jim Nunally composition, and double up or harmonize with John Reischman's note-perfect mandolin, all at the drop of a hat.

Nick Hornbuckle is a brilliant banjo player, whose influences range from The Police and Led Zeppelin to Beethoven and old-time music, and Trisha Gagnon adds bass and vocals. Gorgeous, shimmering vocals. 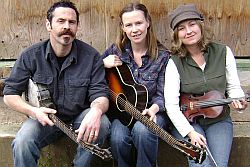 Opening for The Jaybirds are The Haints Old Time Country Band, with Sunshine Coast fiddler Erynn Marshall joined by Pharis Romero (Outlaw Social) on guitar and vocals, and her husband Jason Romero on banjo.