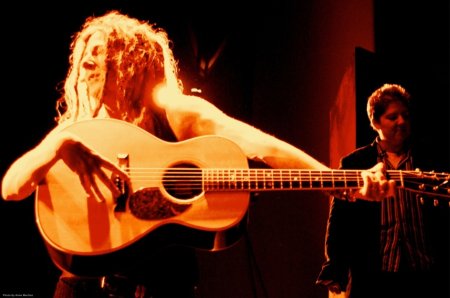 Perhaps in a past life, SONiA was one of the original troubadours, a poet-musician roaming Europe in the 11th-13th centuries, singing songs of courtly love. She certainly is a contemporary troubadour, crooning folk songs about romantic love, often forbidden. Whether in the bomb shelters "Miklats" in Israel or summer camps in Palestine, colleges, festivals or venues around the world SONiA is always striving to disappear fear and spread her message of Peace. She has been nominated for a Grammy and has won numerous awards for her albums. She named her last studio CD "No Bomb Is Smart" and has used every opportunity she has to let people know that War is not the answer. She Loves Out Loud and Proud and donates 18% of all downloads of her music to end World Hunger. Jeep named her as one of 8 troubadours for their new National Campaign and video of the tour is currently on MTV.