The No Shit Shirleys (BC)
Maria Dunn 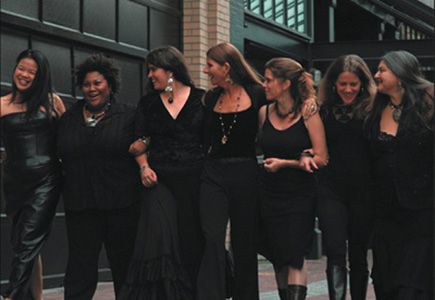 A night of strong women, good stories and great singing. The Vancouver-based septet the No Shit Shirleys cooks up an acapella stew guaranteed to fill your belly and your soul, while the incomparable Maria Dunn reminds us that Alberta is more than just rodeos & Ralph Klein.

The No Shit Shirleys are an all-female acapella septet that packs a real punch. And it's a punch that fights back against injustice, intolerance, hopelessness and despair. For the past three years, The Shirleys have been carefully selecting songs from around the world that reflect humanity's common hopes and aspirations for a better, more joyful world.

This concert marks the official launch of their debut CD, "Nutrify", a stunning collection of original songs and traditional material from all over the world.

The Shirleys are: Karen Lee-Morlang, Dawn Pemberton, Karla Mundy, Yael Blum, Keona Hammond, Samantha Fletcher, and Victoria Oginski. They will delight you with their humour, passion and enthusiasm. Inspired by groups like Sweet Honey in the Rock and Zap Mama, The Shirleys wow audiences with their complex harmonies, original arrangements and the seven-plus languages they sing in!

Originally formed for a one-time fundraising event, The Shirleys were so excited to work together that they just kept going. They have since performed for both the World Peace Forum and World Urban Forum; have co-produced a fundraiser for The Stephen Lewis Foundation (where they raised an astonishing $20,000!); have sung at the Harrison Festival for the Arts, The Mission Twilight Festival, Vox Fest, and are currently preparing a show about music as a force for social change as part of the Vancouver School Boards Art Starts program.

The Shirleys will be joined by long-time friend and collaborator Joseph "Pepe" Danza. 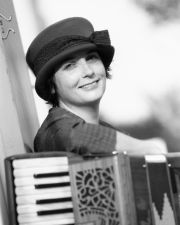 Opening for The Shirleys - at the earlier start time of 7:30pm - is Edmonton songwriter Maria Dunn, who has just released a superb CD called "The Peddler." She has had a couple of songs covered by former Shirley, Norah Rendell, so should feel right at home in this company. She is a great chronicler of Canadian history and heroic women, and one of our most impressive tradstyle songsmiths