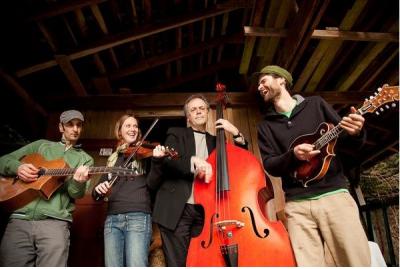 The Rakish Angles (BC) 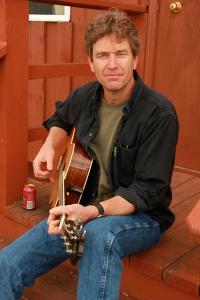 What makes the Rakish Angles unique is the collaborative spirit in which they put their pieces together - each musician composes original instrumental and vocal pieces for the group, and then they all come together to arrange the diverse tunes. They recognize and encourage each others different strengths and backgrounds, which is heard both in the compositions and in the way each musician is given space to shine.

The Rakish Angles' impeccably crafted debut album consists of thirteen pieces all written, arranged and produced by the band. The album captures the exuberance, beauty and creativity of their live show. The quartet has been nominated for a Canadian Folk Music Award (2009), Western Canadian Music Award (2010), and was selected as a finalist for an Indie Acoustic Project Award (2009). The Rakish Angles have shared stages with Tony Trischka, Doug Cox, Po'Girl, Celso Machado, The Red Clay Ramblers, Frazey Ford, Jesse Zubot, The Voyageur Guitar, and Tanya Tagaq.

Having played Folk, Jazz, and even Writers festival stages, as well as theatres, cafés and house concerts across western Canada, the Rakish Angles are beginning to garner Nation-wide attention and airplay and have had music used for film. The quartet will be releasing their second album in the summer of 2011 featuring something new - the energetic 4-part vocal harmonies of the band.

Mark Perry is a prolific songwriter from Northwestern British Columbia, with 7 albums to his credit. His 8th recording, West, will be released in September of 2011 and was recorded in Victoria BC with producer Joby Baker. It features fine West Coast musicians, Joby Baker, Steve Dawson, Tobin Frank, Rick May and even includes a special appearance by Alex Cuba.

In his early teens, Mark played in basement bands and at school dances and weddings. From weekend bands to hitting the road making a living in the bars, playing music became a major part of his life.

In 1990 Mark recorded Dreams of the Highway with a West Coast hero of his, Roy Forbes (Bim). Seven albums later, and having worked with numerous producers, Mark continues to write and record. I've worked with quality people over the years and I have good things to say about all of them. I've tried different combinations searching for the right fit. To me, music and song writing is like life's journey, start writing and see how the story unfolds.

Mark has played at festivals, coffee houses, theatres and bars across western Canada. He writes about hockey games on frozen lakes, plane crashes, bank robberies, towns dying, towns being born, laughs, tragedies and the people that come with them.