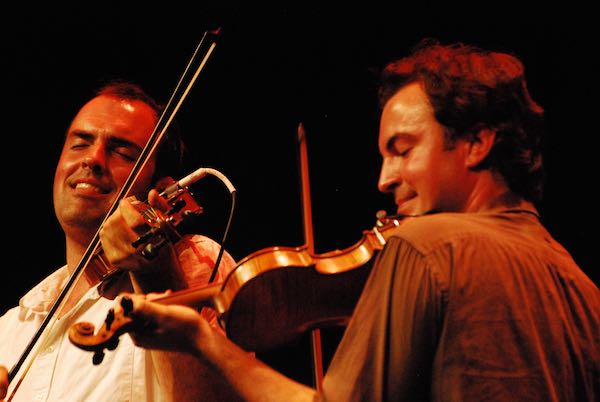 On this day in 2011 we teamed up with Cap's Global Roots Series and North Shore Jazz to
present a unique double-bill with Louisiana's top trad Cajun group The Savoy Family Band
(that's the brothers Wilson and Joel Savoy in the above photo. Their parents, accordion player
and builder Marc Savoy and the fine singer / rhythm guitarist Ann Savoy were also in the band
that night) and Toronto's number one bluegrass outfit the Foggy Hogtown Boys (below) -
Chris Coole, John Showman, Andrew Collins, Max Heineman, and Chris Quinn.
It was quite the event! 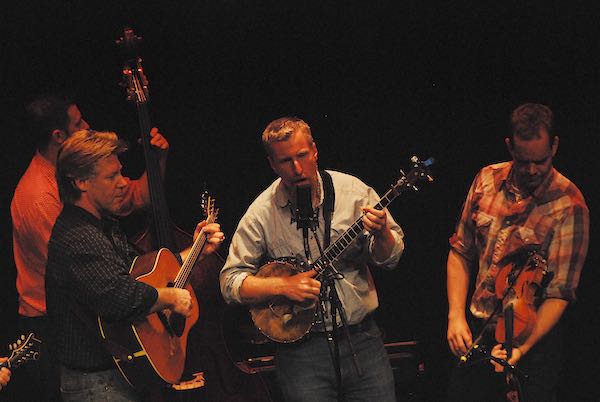 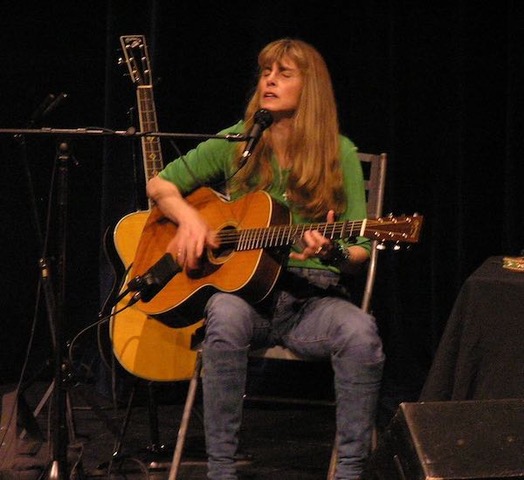 Another show at Cap back in 2006 featured American blues diva Rory Block  She's long been one of my favourite singers and slide players, and it's always a treat to see her in concert. Even on a night like this, when her husband had been denied entry into Canada on some sort of ancient technicality, and had to stay south of the 49th in the camper van with their beloved rescue dogs while Rory ventured north by herself. She had the blues that night, for sure! Scroll down to Page 4 of our June 2006 Rogue Folk Review for details of the show. Rory's autobiography - When A Woman Gets The Blues - is a fascinating tome, dating back to her father Allen's sandal shop in Greenwich Village in the early 60s, where Bob Dylan and Dave Van Ronk and co. all performed; her cross-America road trip with Stefan Grossman; and her many encounters with the blues legends who inspired her. The e-Book contains masses of links to her recordings, and a whole lot more besides. Very highly recommended!! In fact, I'd go as far as to say that if you only ever choose to read one music star's e-book in your life, this should be it!

Scroll down to page 4 of our June 2004 Rogue Folk Review and you'll find listings for quite a few shows at Cap. The most memorable one for me starred Texas blues-inspired singer Ruthie Foster and her partner at the time, singer / percussionist Cyd Cassone from Washington State.

Go back even further in time and you can scroll down to page 3 of our June 1988 edition to find a Rogue / Pacific Bluegrass Society co-presentation performed by bluegrass greats High Country at the Railway Club.