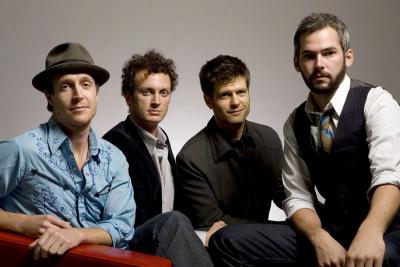 Listening to The Breakmen's Heartwood is like taking a road trip through the Canadian Landscape - you're bound to gawk at rolling hills, experience a flat tire, and cry for home... but in the end, all you can remember is that the journey was beautiful. - Danielle Pope, Monday Magazine, Victoria

Vancouver's kings of harmony, The Breakmen have fast become a sharply focused roots music outfit that owes as much to The Band and Blue Rodeo as it does to John Hartford and Bill Monroe. With a new approach to songwriting and an effort to create something lasting, The Breakmen are ploughing new and fertile ground in the dry and dusty fields of the Canadian Folk Music Scene. Archie Pateman adds that people often tell us that our albums feel like something to them or that the collection of songs helped them through something. Some can't put their finger on it, and some have an exact feeling in mind... that means a lot to us in a time of singles and 99 cent songs.

Featuring the singing and songwriting of multi-instrumentalists Archie Pateman, Lee Watson, and Ben Rogalsky, and the driving bass of Matt Lawson, The Breakmen blend elements of bluegrass, old-time, blues, and folk music. The band was formed in 2005 and quickly found an enthusiastic audience, performing to sold out houses in the amazing Whiskey Hollow Boundseries in 2007, and playing a leading role in the flourishing West Coast roots music scene ever since. Wonderful harmonies, fine songs, and good-time old-time music are their trademarks, and have drawn comparisons to The Old Crow Medicine Show and The Band. The Breakmen are very much their own men, with three excellent CDs under their belt.