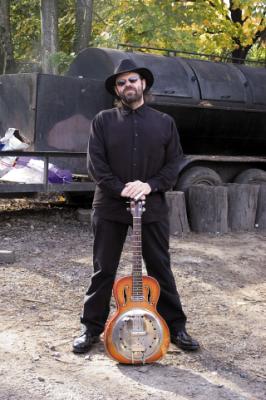 Colin Linden wears more hats than you'd find at a Royal wedding, and we're not just talking about the trademark big black hat he favours on and offstage. This musical renaissance man is indeed a multiple threat as a singer, songwriter, guitarist, and producer. He is in major demand by artists wanting him to produce, write for, and/or play on their records (he has played on 300 and produced 60 albums), yet somehow finds time to both pursue a prolific solo career and play a key role in Canadian roots-rock "supergroup", Blackie and the Rodeo Kings.