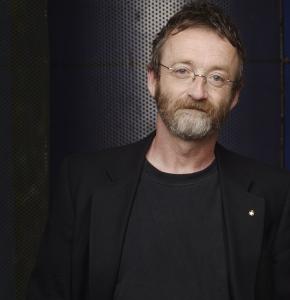 From carpenter to songwriter - Since leaving construction and recording Torn Screen Door in 1999 Scottish-born Canadian, David Francey is recognized as one of today's finest singer-songwriters. Francey has released 8 CDs. His most recent is Seaway - a collaboration with Mike Ford of Moxy Fruvous fame with songs based on their voyage on the M.V. Algoville. Francey's CD, Right of Passage, earned him his third Juno in less than 5 years. Francey also had the honour of receiving the prestigious SOCAN Folk Music Award.

David Francey was born in 1954 in Ayrshire, Scotland, where as a paper boy he got his first taste of the working life. He learned to read at an early age, and by age eleven was devouring the newspapers he delivered. This helped establish his interest in politics and world events while developing the social conscience that forms the backdrop of his songs.