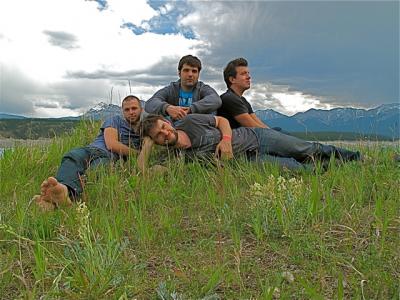 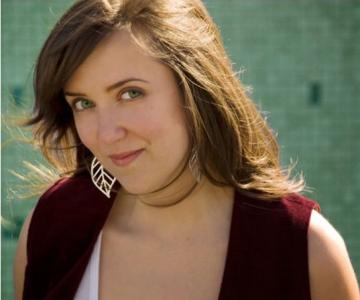 Headwater is a folk act of prodigious talents, sometimes hewing close to old-timey string-band tropes (as on "Brown Stone Road"), occasionally veering into country ("Freight Train"), and even wandering into roots-rock territory (the Hammond B3-fortified "Death of Me"). It's obvious that whatever genre they choose, these guys can play the hell out of it, which means they'd probably do just as well at Bonnaroo as they would at the Mission Folk Music Festival. Catch them now, before the Deadheads find out about them. – Georgia Straight

Roots, folk and country quartet Headwater are one of the busiest bands on Canada's West Coast - with good reason. Their music, with its driving rhythms, adventurous mandolin and steel solos and gorgeous three-part harmonies, is hard to resist. – www.theirishworld.com

Hearing Headwater is like listening to the West Coast of Canada in song: freewheeling, fierce, sentimental and sexy. Since forming in 2001, the group has logged in thousands of kilometres criss-crossing Canada and Europe and playing to anyone and everyone willing to give it some love. With hooks, driving rhythms, adventurous steel guitar and mandolin solos, and beautiful three-part vocal harmonies all featured in tight, concise under four-minute songs, they found fans fast. Jonas Shandel (guitar, banjo, vocals) and Matt Bryant (mandolin, vocals) started writing songs together in grade school in North Vancouver. They had an electric power trio where Shandel drummed and Bryant did six-string duty and all that really came out of that experience was frustration over volume and never finding a vocalist that fit. Unplugging and getting their strum on proved the best thing the two young musicians ever did. Turns out that both were exceptionally gifted singers whose songwriting really differed yet held true to the pair's collective love of Peter Gabriel, Neil Young and John Hiatt. When instinct said it was the right time, they conscripted steel guitarist Tim Tweedale and Patrick Metzger on upright bass to record 2006's My Old Friend. The debut garnered stellar reviews and gave the guys a document to leave for fans hungry for more. The hired guns enjoyed gigging so much they never left. After hundreds of dates road-testing tunes to find only the best, it was time to record album two. Enter producer and frequent guest drummer Marc L'Esperance, (Po'Girl, Ray Condo, Linda McRae) to craft the lush soundscapes of 2008's Lay You Down. Tackling themes of death, loss, and of course, love, this CD solidified Headwater as one of Canada's strongest young folk and country acts.

In the Summer of 2010 Jonas Shandel released an impressive solo CD, and Headwater appeared on the Rogue Stage at Sunset Beach during Shorefest, and Shari Ulrich named them her favourite band.

Headwater have played at The Rogue three times, including a memorable night opening for Lee Harvey Osmond - our first show co-presented with Shore 104.3fm. Last March they had the dance floor filled with happy revellers when they delivered a blistering set following Laura Cortese's Acoustic Trio's excellent opening. Headwater have had a fantastic Summer, highlighted by appearances at the Atlin and Komasket Festivals, and are busy in the studio putting the finishing touches onto their third CD, Push. After this gig they jet off for another tour of Europe - their biggest one yet. Come and give them a great send-off at The Rogue.

Opening for Headwater will be local songwriter Hilary Grist, whose art-pop-torch-folk songs have made her the darling of Campus Radio from Coast to Coast to Coast and garnered her innumerable appearances on CBC's DNTO, NXNW, and Radio 3. Her latest CD, Imaginings, was launched to a sold-out audience at The Cultch earlier this year, and she has had songs featured in two TV series (Endgame and Degrassi) and was a Top 20 Finalist in Peak fm's 2011 Peak Performance Project.

Grist was a straight "A" student with a knack for sciences and an eye on medical school when a then-16-year-old Debbie Gibson showed up on the music scene with an album she had written and produced all by herself. Suddenly, Grist, a grade 10 Royal Conservatory piano whiz, was inspired to go after a career in music. Much to her parents surprise, after high school the pre-med was shelved in favour of Capilano University's well-regarded Jazz Studies program, which she attended as a Provincial scholarship student. Five years later Grist emerged with a music degree in jazz but then immediately rebelled by spending two years listening to nothing but country music and, later, to Sarah Harmer. It was a chance encounter with a then-unknown Norah Jones that helped her reconcile her jazz studies with her own musical vision. Seeing Jones, a friend of a friend, perform her first Vancouver show at Sonar, Grist rediscovered her love of the lyricism of jazz vocalists and realized she could blend this with her pop and country influences too. Since 2005, Grist, who was born in Quesnel, BC and raised in Maple Ridge, has released two live-off-the floor albums and 2 studio albums, and toured across Canada numerous times to support them.