Dyad CD Release (BC)
with special guests Outlaw Social (BC) 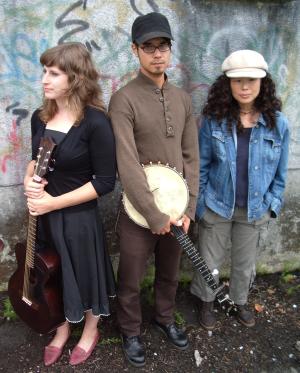 Old songs, new songs - Dyad approach traditional Appalachian music with confidence and taste that has had music critics praising and listeners engaged. "So, are you from that area?" may be the most common question asked after shows, yet these three young musicians have simply found a voice in a style that they love and respect. Years of studying old recordings, hanging out with 'the old guys', and sitting around and just playing and singing, theirs is music to soak up, to inhale. All three musicians arrived at old-time music from assorted musical backgrounds - classical, metal, indie-rock, punk, folk - maybe it shows, but probably it doesn't. Not that it matters. As one reviewer put it, "The trio delivers their music straight up with few concessions to modern taste" — John Endo Greenaway, The Bulletin. 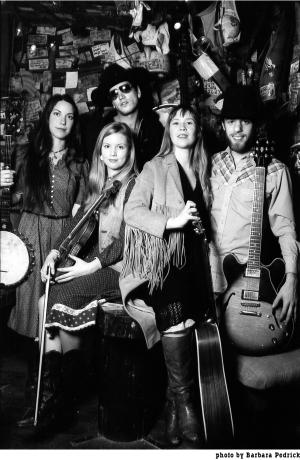 The band members first met years ago at kitchen jams and gigs with other musical partners. But late one night in the fall of 2004, Catherine Black and Pharis Patenaude cornered Oliver Swain in a bar - a week later, they had their first show in Victoria, B.C. As a trio, they whet their sound in Victoria bars, concerts, and theatres until late summer 2005, when Adam Dobres' amazingly tasty electric and acoustic guitars joined in; Kendel Carson, a vibrantly "hell-raising fiddler," began gracing the group with her steel trap bow just shortly after. Kendel has played at the Rogue a few times this past year with The Paperboys.