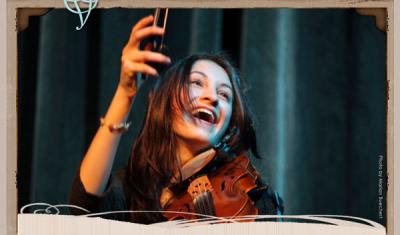 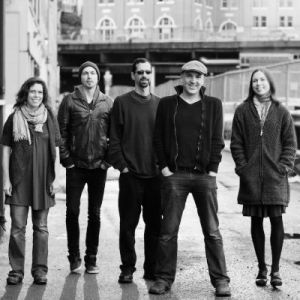 Jocelyn Pettit is a brilliant young BC fiddler who starred in The Chieftains' recent concert in town. She also composes, step dances and sings and is an engaging and charming performer. This British Columbian Celtic fiddler is an artist that deserves to be heard. Her debut CD of Irish, Scottish and Cape Breton tunes impresses both for the lovely tone she induces from her instrument, and its unhurried pacing. Pettit has an intuitive command and understanding of the material that would honor a musician of any age; for one who is just 15, it's astonishing. - Sing Out! Magazine (Summer 2010)

Thereafter are Neil Hammond - Guitar, Vocals, Harmonica; Keona Hammond - Flute, Vocals; Shanto Bhattacharya - Cello; Annie Brown - Fiddle; and Ben Brown - Percussion. When asked, they describe their music as "prog-trad." This is part self-deprecation, part guilty pleasure. They are open to exploring anything with their roots instrument base, anything, that is, except for a concept album, what with punk having happened. With flute, fiddle, cello, cajon and guitar and members from the celtic, jazz and classical traditions, Thereafter are able to range far and wide in their exploration of world music and the vivid arrangements of their original songs and instrumentals.