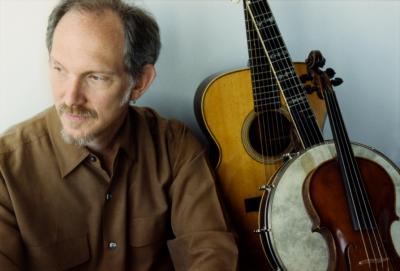 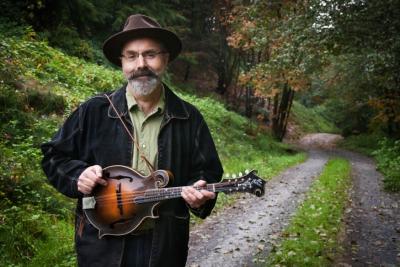 Fiddler Bruce Molsky launches his seventh solo CD, If It Ain't Here When I Get Back, while mandolin wizard John Reischman launches his third solo album, Walk Along John.

Bruce Molsky stands today as the premier old-time fiddler in the world, the defining virtuoso of Appalachia's timeless folk music traditions. That must feel odd for a former engineer from the Bronx, who didn't begin a music career until he was forty. But folded into those strange facts is the secret to his unique genius. In addition to a prolific solo career, performing on fiddle, guitar, and banjo, Molsky frequently joins genre-busting supergroups, like the Grammy-nominated Fiddlers Four, and Mozaik, with Hungarian Nikola Parov, and Celtic giant Donal Lunny. He was on Nickel Creek's farewell tour, and performs in a trio with Scottish fiddler Aly Bain and Sweden's great Ale Moller.

Playing in these kinds of groups is an important part of what I do, Molsky says. Regionalism was one of the hallmarks of traditional music in the old days; now we're in the Information Age, and I don't think that's what folk music does anymore. But the more cultures I discover, the more I realize that folk music performs the same function for everybody; and therefore is the same thing everywhere - just spoken with different accents.

Great fiddlers ask him to teach at their fiddle camps, including Alasdair Fraser, Jay Ungar, and Mark O'Connor, who says Molsky has a mystical awareness of how to bring out the new in something that is old.

Young people realize this is a guy who's tapped into the real deep emotional wellsprings of this music, says Matt Glaser, director of Berklee's American Roots Program. He has a way of removing everything that's unnecessary; and young people are very hungry for something real. Bruce has that in spades.

This is also a CD release show celebrating the music from mandolin master John Reischman's long awaited new CD, Walk Along John. The all-instrumental recording includes nine new John Reischman originals, a few hand-picked traditional tunes, and a remake of the very first tune John wrote. The impressive group of supporting players featured on the recording includes Bruce Molsky (who, as luck would have it, shares the bill this evening), Chris Thile, Tony Trischka, Kenny Smith, the Jaybirds, and many more.

This will be an opportunity for Vancouver audiences to hear John play with a new cast of characters. The band for this show is featured on several tunes on the new recording. The group is made up of Patrick Metzger on bass, Trent Freeman on fiddle, and Eli West on guitar and bouzouki. Jaybirds Nick Hornbuckle and Trisha Gagnon will also make guest appearences.

As one of the acoustic music world's top-ranked mandolin players and composers, veteran artist John Reischman is renowned for his exquisite taste, tone and impeccable musicianship. As an original member of the legendary Tony Rice Unit, John helped to define the "new acoustic" instrumental scene in the early 1980s with appearances on the band's groundbreaking Rounder albums Still Inside and Backwaters. He cemented his reputation touring and recording for many years with the Bay Area's eclectic Good Ol' Persons before moving to Vancouver in the early 90s to pursue a solo career. His mastery of the instrument is showcased today in two primary musical outlets - the Juno-nominated bluegrass band John Reischman and the Jaybirds, and his instrumental duo with highly-regarded acoustic guitar stylist John Miller.