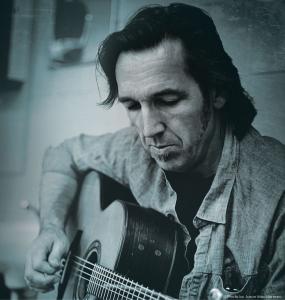 Multiple JUNO Award-winning Blackie and the Rodeo Kings member Stephen Fearing is one of the foremost performing singer-songwriters in Canada. Mixing powerful lyrics, creative arrangements and brilliant guitar playing, Fearing has built up a loyal and dedicated international audience. Stephen returns to the city of his birth with his first solo album in seven years: the highly anticipated, Between Hurricanes. The follow-up to 2006's acclaimed Yellowjacket, the album was co-produced by Fearing and John Whynot (Bruce Cockburn, Blue Rodeo, Lucinda Williams) at The Woodshed Studio in Toronto.

Born out of several life-changing events, Between Hurricanes is both the document and result of many significant changes for Fearing. In 2006, I released Yellowjacket. Though I didn't know it at the time, it marked the end of many things and the beginning of so many more, says Fearing. My marriage of 14 years ended shortly after the record came out. Hard on the heels of this devastation, True North Records - my home on record for over a decade - changed hands. I was still under contract to them, but it quickly became apparent that it was time for me to move on. Around the same time, my dear friend and manager Bernie Finkelstein started to make noises about cutting back on his workload. Bernie and I had been together through thick and thin for over 16 years, but I realized that it was time to let go of the old ties and step out into the brave new world of true independence.

In 2008, Fearing moved from his home in Guelph, and headed to Halifax, NS. He completed work on both Blackie and The Rodeo Kings' Polaris Prize nominated Kings and Queens (which featured duets with 14 iconic female singers including Lucinda Williams, Emmylou Harris, and Roseanne Cash) and his album with Belfast's Andy White, Fearing & White. He remarried, became a father, and still managed to tour relentlessly. Life moved quickly, and it wasn't long before there had been a significant amount of time since the release of Yellowjacket.

Luckily, new songs had begun to emerge and plans were finally made to return to studio. Between Hurricanes' eleven tracks were shaped with the idea of crafting a solo record while not employing a traditional 'folk' approach to the music. Fearing and Whynot put their focus on the fundamentals of the songs while subtly adding space and a mood that surrounds them. The minimal arrangements range from the finely honed piano, bass, and drum accents on "As The Crow Flies" to the ethereal synths on "Cold Dawn." The tale of a Cougar Helicopter crash in Newfoundland, "Cold Dawn" acts as a thesis statement for the record. Told in first-person narrative, the song's mood wraps around the story, giving added weight to every repeat of the refrain, "Into the dark."

The hushed "Fool" follows suit. Against the chirping of crickets, the song floats in sober meditation. No instrument presents itself as the lead as passing moments fade in and out of each other. The weight of the track is cut quickly by the shuffling blues of "Keep Your Mouth Shut," which arrives with the subtly of a mack truck driving through a wake. You stuck around until the lawyer cut the body open / A pound of flesh and then they paint it black, sings Fearing over blown-out bass and masterful guitar work. It's an all-out rave-up and the energetic high point of the record. 'Keep Your Mouth Shut' came out of a conversation with Tom Wilson of Blackie & The Rodeo Kings, says Fearing. We were talking about getting together to write some songs for Between Hurricanes and he said I should listen to 'Get Out Of Denver' by Bob Seger. As it turned out, Tom was so busy organizing the Kings and Queens tour, that I knew he wouldn't be able to pull himself away from the phone. So, I just wrote it myself. The song is a tongue-in-cheek look at getting out of a sticky situation, 'Fifty Ways To Leave Your Lover' meets 'Johnny B Goode.'

Between Hurricanes is Stephen Fearing's eighth solo album. Over the course of his celebrated career he has collaborated with a long list of artists that includes: Shawn Colvin, Richard Thompson, Sarah McLachlan, Tom Wilson, Colin Linden, and Margo Timmins. Recently, he produced Happy Here, the latest JUNO-nominated album from Suzie Vinnick.

Stephen, of course, is very familiar to Rogue Folkies, being a founding member of the Club and a frequent performer here as well. We are delighted to bring him back to launch this new CD.