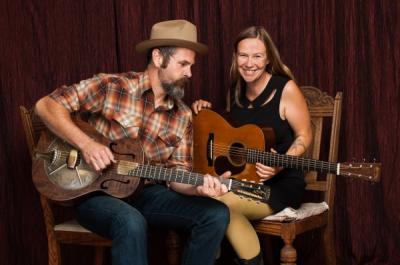 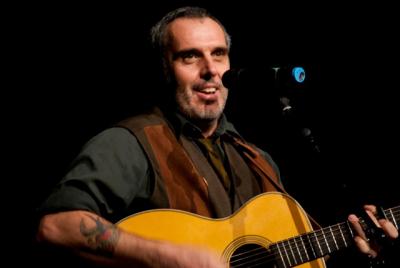 On February 5, 2013 Pharis & Jason Romero released their second duo record, Long Gone Out West Blues. A follow-up to their 2011 release A Passing Glimpse, Long Gone Out West Blues brings a "veteran spirit" to Pharis and Jason's music in keeping with their love of traditional music -- connecting 1927 to 2013 in the most honest way they can. We saw them making a huge impression at the Folk Alliance Conference in Toronto in February - it was such a joy to see these BC musicians earning respect and universal acclaim from the world's media and musicians alike!

Coming from a thousand miles and a border apart, Pharis and Jason met in 2007 at an old-time fiddle jam. Both had been playing music for decades - Pharis her whole life - and both were drawn to early country, old time, blues, and bluegrass. In 2010 they moved their home and the J. Romero Banjo Company north to Pharis' hometown, the small interior B.C. town of Horsefly. In this wilderness hamlet they build their finely crafted banjos, and write and sing old time country - the songs and tunes, new and old, they adore.

Writing songs about ageless characters, hard living, loss and love, Pharis' songs have been played on radios around the world, and she was called a "historical treasure" by the BC Folklore Society. On stage from a very young age with her family's country music band, she was a co-founder of the western Canadian outfit Outlaw Social, an award-winning and innovative roots-folk band that released two celebrated albums from 2005 to 2009.

A Passing Glimpse won New / Emerging Artist of the Year at the 2012 Canadian Folk Music Award, Americana Album of the Year at the 2012 Independent Music Awards, and and was included on many Best of 2011 lists including Folk Alley, Uprooted Music Revue, Folk-DJ listserve, and Galaxie Folk-Roots. It was also the #1 album on the North American Folk DJ playlists, and in the Top 20 albums on the Roots Music Report in 2012.

Quite simply it would be a crime if this album were to linger forever in a banjo music backwater - it must surely be a contender for the North American folk album of the year. 9/10. - Americana UK

The album is warm and honest. I can't keep it out of my player. - CBC Music

... a record that is further proof that the epicentre of Appalachian mountain music may very well have moved to the Pacific Rim. - Driftwood Magazine

... a gorgeous, ethereal set that is powered by its restraint. Pharis and Jason thus manage to sound fresh and old simultaneously, connecting 2011 to 1927 in a most soulful way. - Art Menius

In the 10 years since he became a working musician, John Wort Hannam has released 5 albums and captured 7 Grand prize/First place awards for his songwriting as well as a Juno nomination for Best Traditional/Roots album and a Canadian Folk Music Award for Album of the Year. His music has taken him from his home in Alberta to his birthplace, the Isle of Jersey, UK, to appearances in festivals from Trafalgar Square to the Smithsonian to Kerrville, TX.

John Wort Hannam in concert is a powerful singer with poignant lyrics to match. His latest CD, Brambles & Thorns (Borealis Records) was produced by Leeroy Stagger, and Steve Dawson produced his previous two CDs. This will be John's Rogue Folk debut. Let's give him a warm welcome!