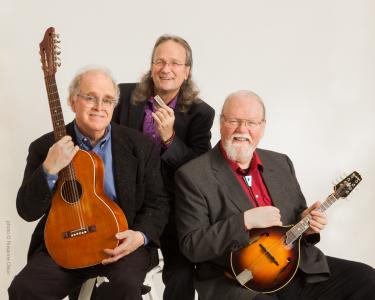 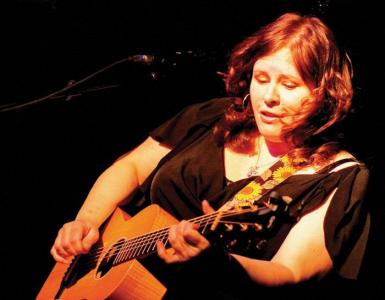 Orville Johnson is a renowned Blues and Old Time singer, guitarist, mandolinist, dobro player and lyricist with a penchant for the obscure, the wacky and the weird! John Miller is a brilliant guitarist best known in these parts for his duet work with mandolinist John Reischman. Grant Dermody is a stunning harmonica player, who has accompanied Eric Bibb here in Eric's most recent concerts. Together these three Washington State musicians have recorded two amazing CDs of pre-war country blues and blues-infused originals, including their latest CD, We Hear The Voice Of A Porkchop. Expect to be charmed, entertained, and gobsmacked!

Suzie Vinnick, winner of the 2012 CBC Saturday Night Blues Great Canadian Blues Award had a busy 2012 with festival appearances at the Harrison Festival of the Arts in British Columbia, the Canmore and Edmonton Folk Festivals in Alberta, Summerfolk in Ontario and more. She supported her new 2012 album entitled Live At Bluesville, a collection of roots, blues and gospel tunes featuring Suzie and her parlour guitar, Mabel.

Live At Bluesville features Suzie and her parlour guitar, Mabel, and will appeal to fans of her album Me 'n' Mabel and her earlier, roots-music based album, Happy Here.

... combined with her amazing guitar chops, Vinnick is just a blue note or two away from turning into a legend. Music By the Bay Concert Series