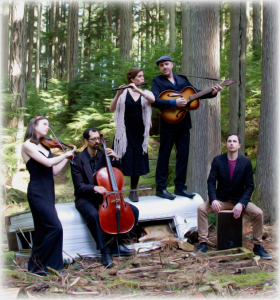 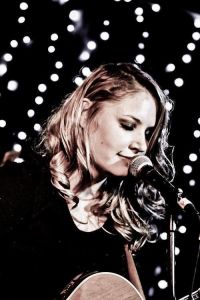 Richly-percussive wind and string, guitar picking, sweet vocal harmony and kick-ass-instrumentals band, Thereafter hit the ground running with their first album together. 'Ceremony' showcases the song and tune-writing talents of Neil and Keona Hammond along with the instrumental skills of fiddler Annie Brown and the unusual and Juno-award winning backing of cellist Shanto Acharia and percussionist Ben Brown.

Thereafter brings home the sound that Neil and Keona were starting to define together a few years ago with Cleia, adding deep and rich arrangements to the hard-won themes of their songwriting. Sometimes fairground,sometimes classical, Thereafter somehow fuse blues, irish, swing and scandinavian roots into a very BC sound.

Since the release of her debut EP 'Boats' last Fall, Lydia Hol has toured Canada from Coast to Coast, been named a Vancouver finalist in CBC's Best New Artist Contest, and is one of the top 20 artists for this year's PEAK Performance Project. This young poet, storyteller, and multi-instrumentalist has a dynamic yet delicate voice that’s instantly engaging; that draws you in like a smoking chimney on a crisp winter’s night.

“One of the most dynamic new voices in Canadian folk music” - Blues & Roots Radio, Toronto