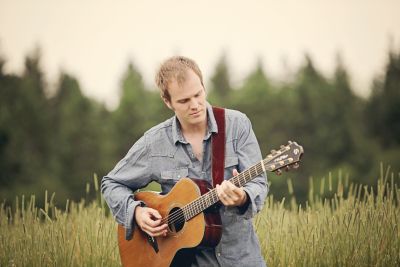 Lynn Miles is one of Canada’s most accomplished singer/songwriters. With twelve albums to her credit, the winner of multiple Canadian Folk Music awards (2011 English Songwriter of the Year), and a 2003 Juno award for Roots and Traditional Solo Album of the Year, she has certainly found her strength over time. Through a career that has seen her move from Ottawa to Los Angeles and back again, with stops in Nashville and Austin TX., and a healthy touring schedule that regularly takes her through the US, Europe and across Canada, she has always created and performed music with unbridled feeling and vulnerability.

There are stories that wash over you like a tide, and then there are stories that grab you by the heart. Nova Scotia's Dave Gunning has made a point of finding the latter and wrapping them up in song since he broke upon the East Coast music scene in 1997. The Pictou County, Nova Scotia born and bred singer-songwriter and working class hero has built up from humble beginnings to a point where his name is regularly included in conversation with artists such as David Francey, James Keelaghan, Ron Hynes, Stan Rogers, Bruce Cockburn and Gordon Lightfoot. Writing from a sonic menu that includes flavours of Irish, Scottish, French, Acadian, folk and country musical styles, Dave transcends genre with songs that fill your senses and touch your soul.  This will be Dave’s first ever Victoria performance.

"...an artist as compelling, as assured and as attentive to every nuance of the writing and performing processes as Lightfoot, Cockburn and Stan Rogers before him..." - Greg Quill, Toronto Star