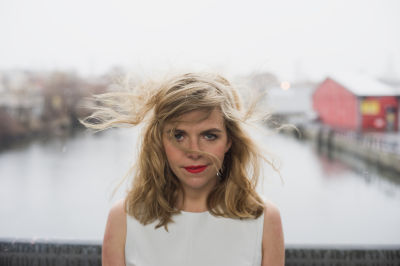 Hailed in the US as “a vocalist of unerring instinct” by the NY Times, “transcendent” by the Boston Globe, and “the newest darling of the Americana set” by USA Today, the news follows the UK release of O’Donovan’s debut solo album Fossils through Yep Roc to critical acclaim in August and high-praise for her performance at this year’s Transatlantic Sessions.

Most of O’Donovan’s songs are character driven, and many of them resemble portions of the folk traditions in which she was raised. Album opener “Lay My Burden Down” may already be familiar to music fans via Alison Krauss’ interpretation of the track on her 2011 album Paper Airplane, whilst “Briar Rose” is based on an Anne Sexton poem, a recontextualized fairytale. Throughout, O’Donovan and Martine have been careful to place her songs in a variety of musical settings that show the forceful power and resolute grace drawn from the deep well of emotion in Aoife’s voice.

It is a decade since Aoife (pronounced “ee-fuh”) founded the acclaimed progressive string band Crooked Still. Since then, the Irish-American singer-songwriter and lead singer of both Crooked Still and Sometymes Why, has collaborated with some of the most eminent names across roots, classical, bluegrass, and jazz, from Alison Krauss and Chris Thile to Gabriel Kahane and Dave Douglas. Aoife has performed and sung on the (2013) Grammy winning The Goat Rodeo Sessions with Yo-Yo Ma, Edgar Meyer, Chris Thile and Stuart Duncan, which toured the US in August (co-writing one of the focus tracks ‘Here and Heaven’) and sang on Noam Pikelny’s (2013) Grammy nominated album Beat The Devil and Carry A Rail.