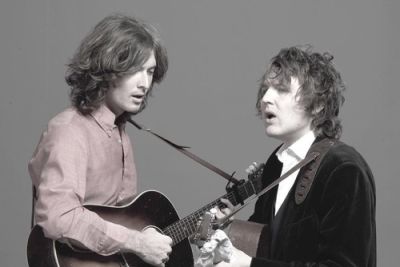 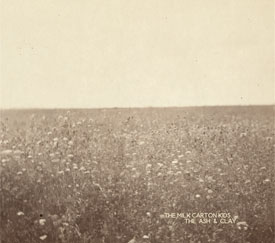 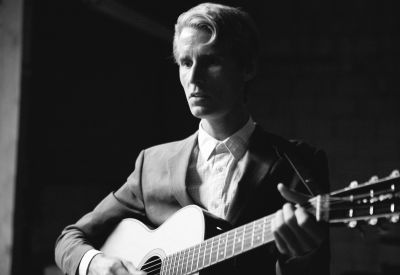 THIS SHOW IS SOLD OUT!

Flat-picking harmony duo The Milk Carton Kids have emerged in the last few years as a powerful voice defining the continuing folk tradition. A refreshing alternative to the foot-stomping grandeur of the so-called "folk revival", an understated virtuosity defines The Milk Carton Kids to the delight of traditionalists and newcomers to the folk movement alike. Indeed, Garrison Keillor has called them "absolute geniuses in close-harmony", while cultural purveyors like T Bone Burnett and Billy Bragg continue to refer the importance of The Milk Carton Kids among a group of new folk bands expanding and contradicting the rich tradition that comes before them.

After forming in 2011, the duo of Kenneth Pattengale and Joey Ryan quickly built a devoted following with the simple purity of their music, touring with a host of established acts (Old Crow Medicine Show, Punch Brothers, and more), appearing on NPR’s Tiny Desk concert series and charming audiences with their deadpan on-stage humor. While their most obvious musical reference is the classic folk revival sound of twin acoustic guitars and matching harmonies, the band both expands and contradicts that rich legacy with highly inventive guitar lines and their intricately interwoven vocals.

The Los Angeles Times lauds their latest Anti- Records release The Ash & Clay as displaying "absolute mastery of their craft" while Paste Magazine emphasizes the "intellectual sophistication of their songs, making The Milk Carton Kids an option for purists unsatisfied with some of the pop tendencies seeping in to the genre." Beyond their inventive guitar lines and intricately interwoven vocals, the road-addicted duo is celebrated for the wry and biting humor that has become a beloved mainstay of their shows, with Fretboard Journal declaring, "The Milk Carton Kids are funny. Seriously funny. And what is only hinted at on their albums and within some of the lyrics is on full display during their live performances."

Tom Brosseau is a North Dakota-born singer-songwriter, whose latest album of original music, Grass Punks, was recorded by Sean Watkins (Nickel Creek) in Hollywood, California, and released in the US on Crossbill Records, 2014. Themes of the album include emptiness of a false dream, loyalty, betrayal.

“He could be a busker, trying to grab the attention of distracted passerby: ‘ I long for you to hold me in your arms/ But instead you cradle your device.’ Stop awhile and tune him in.” Pitchfork Track of the Day - Jayson Greene

“It's in the shadows where the sly Brosseau does his best work, transforming earthbound images into intimations of wonder, giving unremarkable everyday memories a mysterious, almost haunting poignancy.” NPR All Songs Considered First Listen - Tom Moon